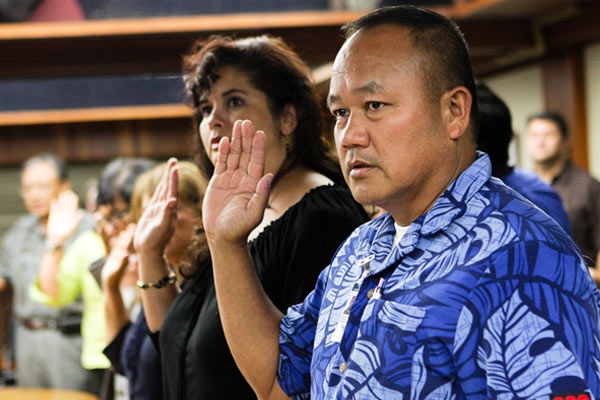 San Agustin recently stepped down from his position as DOC Director in order to focus on running for Senator.

San Agustin recently stepped down from his position as DOC Director in order to focus on running for Senator. Today(Tues) the Governor’s office issued a release saying that the Governor asked San Agustin to take the position of Administrator of the Guam Veterans Affairs Office because the VAO “needed a leader quickly.” Former Administrator Martin Manglona officially resigned for health reasons. However his resignation came on the heels of the revelation that he would not be reimbursed for paying for staff salaries out of his own pocket. The Governor’s office stated that the employees Manglona paid had not been officially hired as their paperwork was never processed. Meanwhile the Governor is thanking San Agustin for stepping up stating in a release “He didn’t hesitate to do what is needed.” San Agustin is a retired marine and a Veteran himself.