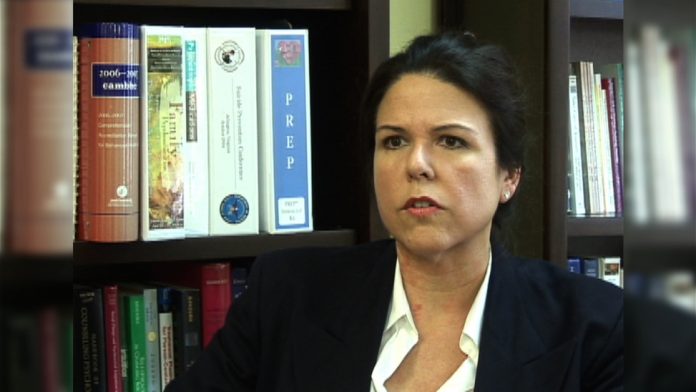 A former employee of DOC has filed a lawsuit against the department for failing to pay over 1,800 hours of overtime.

Guam – Former Department of Corrections Clinical Administrator and Clinical Psychologist Dr. Andrea Leitheiser is filing a claim against the department for refusing to pay her overtime compensation.

According to court documents, Leitheiser is filing a complaint that DOC owes her up to $274,000 dollars of unpaid wages resulting in a breach of contract.
Leitheiser stated that during her tenure at DOC from 2010 to 2014, she was the only mental health professional at DOC. She says because she was required to provide all clinical services to the prison population and perform all administrative duties related to mental health care, she accumulated about 18-hundred hours of Compensatory Time Off. Leitheiser says aside from patient care, she also provided administrative support to the Medial Director and was on call twenty-four hours a day, seven days a week. She says throughout that time, DOC Director Jose San Agustin signed off on all her time cards and repeatedly assured that she would be compensated.
However, DOC is firing back at Leitheiser’s claims.
DOC in a court filing dated in September admits that Leitheiser has not been compensated for overtime work and that her requests for CTO were denied, but DOC says that Leitheiser was not entitled under Guam’s Personnel Rules and Regulations to overtime compensation or CTO.
DOC also denied that the hours Leitheiser worked in excess of 40 hours per week were considered overtime hours and that Leitheiser accumulated about 18-hundred hours of CTO time.
Assistant Attorney General Debra Lefing is asking that Leitheiser’s claims be barred by statute of limitations and she says Leitheiser is not covered as a classified employee entitled to receive overtime compensation.
Pre-trial conference is scheduled for September 19. Bench trial is set for September 26 at 10 am.