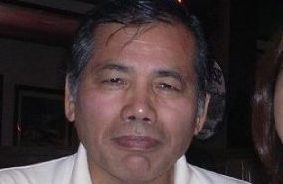 Guam – A report has come out of the Philippines where a man has confessed to murdering the former Guam AFLAC Regional Sales Coordinator Frank Cruz, who is also a former chairman for the Democratic Party of Guam.

According to a report from the Philippine Daily Inquirer, a 35-year-old man by the name of Lito Simudong had been arrested on illegal drug and gun possession charges when he confessed to another crime: killing Cruz and burying him in a shallow grave with the help of two others.

Simudong allegedly confessed that they had robbed Cruz before murdering him and that he came clean because his conscience was bothering him.

Authorities dug up the shallow grave where Cruz was buried and found him with his hands tied behind his back and packing tape wrapped around his head.

The two accomplices have been identified as Hiwen Buntuyan Borja and his minor daughter. Authorities are preparing to press charges against the three alleged murderers.

“As local and international media has reported, Frank Cruz, my uncle, and a former chair
of the Democratic Party of Guam, has been the victim of a heinous act of violence. While
we deal with the immeasurable pain of his loss, we thank everyone for their condolences
and ask for privacy during this trying time.”