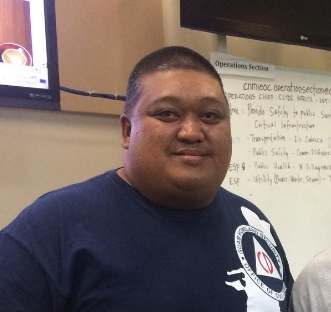 He allegedly arranged to have the “package” of methamphetamine sent to his workplace.

According to court documents, a friend of the defendant arranged a package to be sent to the Guam Homeland Security office in Agana Heights. The package, which was referred to as the Tim Steiner 1 package, was labeled with an incorrect address and ended up being intercepted by the Postal Inspector in Las Vegas. After the Las Vegas Police Department’s forensic team tested the contents, it was discovered the package contained 27 grams of 100% pure methamphetamine.

Through further investigation, the Postal Inspector found that another package referred to as the Tim Steiner 2 package was sent to the Guam Homeland Security office signed off by another employee. The employee stated that after opening the package, he decided to take it to the Post Office and return it to the sender. However, on his way to the Post Office, the employee ran into Sanchez who said that he would take care of the package. Court documents say a week later, Sanchez tried to bribe the employee by offering him money.

Sanchez has entered into a plea agreement in which he will agree to plead guilty to Conspiracy to Distribute Methamphetamine. He faces up to 20 years of imprisonment and a $1-million dollar fine.

According to Guam Homeland Security Spokesperson Jenna Gaminde, Sanchez resigned from his position as Civil Defense Officer on April 22nd.

Sanchez is scheduled to appear in court tomorrow at 2 pm in Judge Joaquin Manibusan’s courtroom.