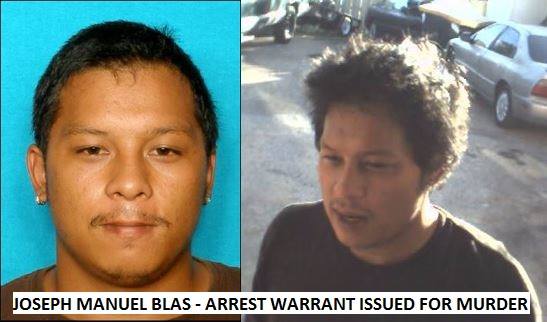 Guam – A former Guam resident has been arrested in California for the alleged murder of a man in Texas.

Harker Heights Police Department announced that they had apprehended 26-year-old Joseph Manuel Blas in Fountain Valley, California on April 20, more than a month since they had released wanted posters for the fugitive.

HHPD says Blas gunned down a man on March 10 in Harker Heights, Texas. According to police, the victim, identified as Thomas Raymond West, was found with a gun shot wound in his abdomen.

“At approximately 6:46 p.m., March 10, 2018, Harker Heights Police Department received a call of shots fired in the vicinity of the 1000 block of Indian Trail. At 6:48 p.m., officers arrived on scene and found the victim laying on the ground bleeding from entry and exit gunshot wounds in the abdomen and the hip. Officers applied pressure to the wounds while talking to him. Harker Heights EMS arrived on scene and attempted life-saving measures; however, the victim succumbed to the wounds,” a statement read.

About two days later, police issued a warrant for Blas’ arrest with his mug shot posted to social media. It appears Blas was able to evade capture until last Friday when the U.S. Marshals Office from the Pacific Southwest Regional Task Force picked him up in California.

Blas is reportedly being held at the Orange County Central Jail awaiting extradition to Texas.