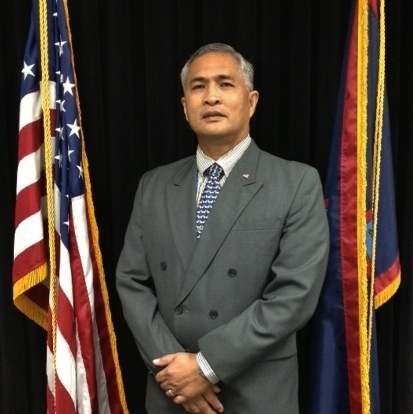 Closing arguments just wrapped up this week. A co-defendants trial, meanwhile, is ongoing.

Guam – A verdict has been reached in the guard recruitment fraud case against former Guam Homeland Security Advisor Ambrosio Constantino. He was found guilty on both charges of aggravated identity theft and theft of government property.

Constantino’s trial was held last week and closing arguments were heard this week.

He was accused of conspiring with another defendant to defraud the federal government out of $2,000 in Guard Recruitment Assistance Program or GRAP bonuses.

During deliberations, the jury appeared to focus on the intent behind Constantino’s actions as they had filed a document with two questions on jury instructions provided by Chief Judge Frances Tydingco-Gatewood regarding “intent.”

In his defense, Constantino had maintained that there was no fraud and that it was all an innocent mistake when he agreed to file a bonus claim for his co-defendant Franklin Babauta’s son because Babauta was ineligible to file it himself.

Babauta had also attempted to reduce his charges by signing a plea deal but that plea agreement was rejected by Judge Gatewood.

Babauta’s trial continues on February 10 at the District Court of Guam.