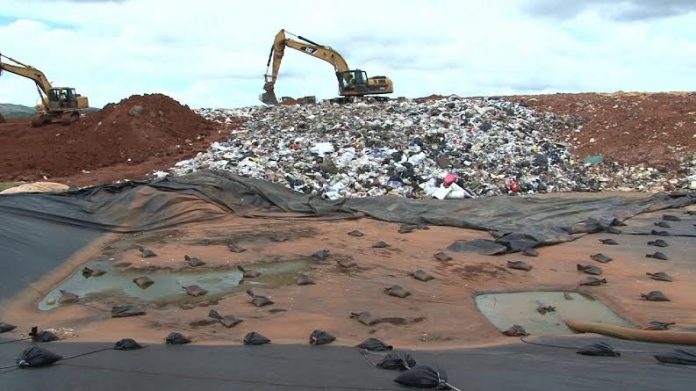 Vice-speaker BJ Cruz has introduced a bill that would prevent GovGuam from issuing tax credits in liue of cash for property.

Guam – The former landowners of the Layon landfill in Inarajan can sit on the tax credits they were awarded in liue of cash for the landfill property while the balance owed to them accrues interest. That’s according to a letter from the Governor’s legal counsel Sandra Miller to GBB receiver representative David Manning.

Meanwhile Vice-speaker BJ Cruz has introduced a bill that would prevent GovGuam from issuing tax credits in liue of cash for property.

On Feb. 10th of 2015 the Governor’s legal counsel Sandra Miller responded to GBB receiver representative David Manning’s questions surrounding the use of tax credits by the former landowners of the Layon landfill. “One of the questions was do the tax credits have an expiration date and her response was no. Credits in excess of taxes may be carried on to the next succeeding year at all times the taxpayer retains the right to elect to either use or not use the carryover credits or to revoke the election to receive tax credits in liue of payments,” read Cruz from the letter.

This means that the former landowners can essentially sit on their tax credits and use them at anytime. Meanwhile the balance owed to them continues to accrue interest at a rate of 6 percent annually. “So what we have here is probably the best retirement plan you could ever have at six percent on whatever amount you have,” said Vice-Speaker Cruz.

Then there’s bill 185 which would require GovGuam to reimburse everyone for private land that has been condemned. Vice-Speaker Cruz is concerned because we don’t have enough cash for all of this land. Which means GovGuam would end up paying it via tax credits in liue of cash which would again be credits that the landowners could sit on while their balance accrues interest. “Bill 185 would really literally break open the bank with over a half billion dollars worth of potential liability for which everything would be in tax credits and once they get the tax credits it would be six percent interest annually while they’re holding on,” said the Vice-Speaker.

So because of all of this Cruz has introduced bill 267 to repeal the law that allows for tax credits in liue of cash for property. The Vice-Speaker says the bill will have a public hearing next week. Afterward he hopes to have have it added to Bill 185 as an amendment