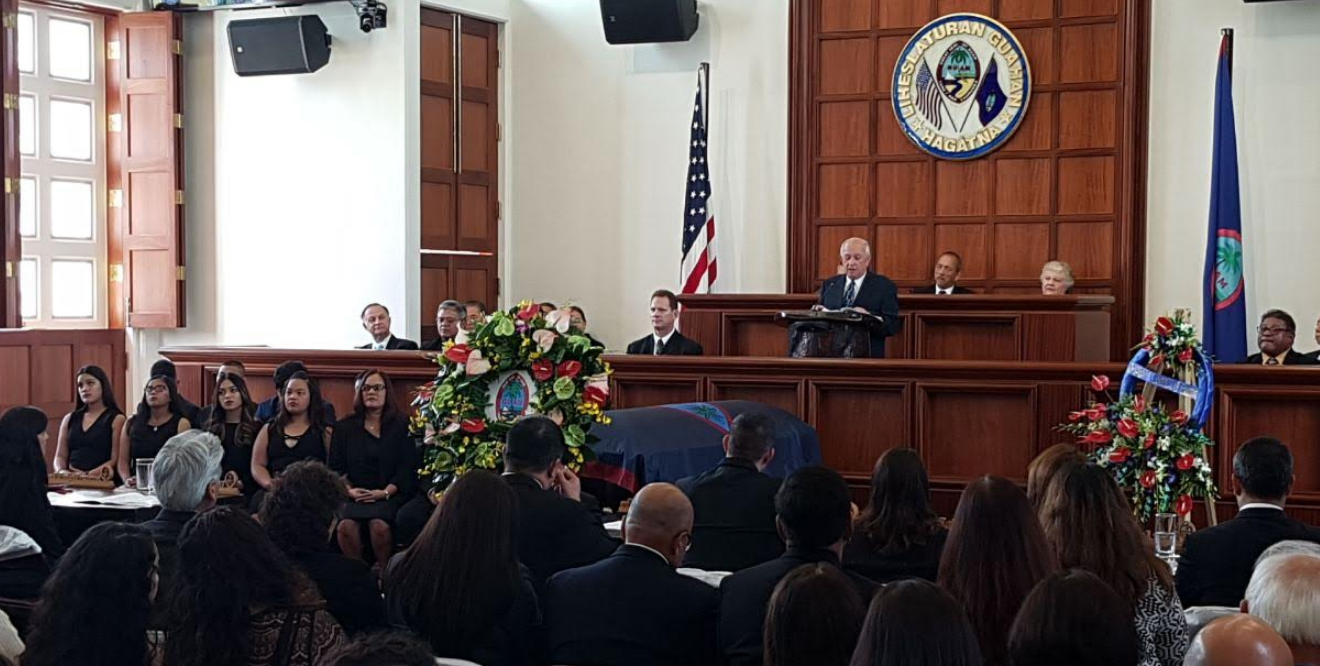 With a combined total of 16 years in public service, former Mayor “Buck” Cruz was commemorated today for his love of the island.

Guam public safety officers lined the steps to the Guam Legislature as Cruz’s family and loved ones followed the procession into the legislative session hall.  Democrat Senator Regine Bisco Lee read the legislative resolution recognizing Cruz as a public servant, former commissioner, and mayor of Merizo.

“Mayor Buck Cruz will always be remembered for his hard work, determination, and selfless service to his country as a retired Master Gunnery Sergeant in the US Marine Corps; and to the people of Guam, as Commissioner, and Mayor of the Municipality of Malesso,” Senator Lee said.

Shortly after, Governor Eddie Baza Calvo presented a proclamation, declaring a state of mourning.  From there, an official Wreath of Guam was dedicated to the late mayor by all three branches of government.

Ignacio Cruz, fondly referred to as “Uncle Buck,” is a decorated military veteran, who attained the rank of Master Gunnery Sergeant in the Marine Corps. Cruz also served as the Commissioner for the village of Merizo and eventually was elected as the village mayor until he retired from public service in 2000.

With a combined total of 16 years in public service, former Mayor “Buck” Cruz was commemorated today for his love of the island.  His eulogy was given by former Governor Carl Gutierrez.

“Fortunately, Uncle Buck was not stingy in giving his services, and for those of us who are not from Malesso, we also got to benefit from his wisdom and generosity. Uncle Buck joined almost every organization downtown in every leadership role…Uncle Buck was never someone to fade into oblivion and his fighting spirit shone brightly and radiantly all the way to the end,” Gutierrez said.

In memoriam to the late mayor, the Guam Mayors’ Council writes, “He was a unique individual. A unique Chamorro. A unique Marine. A unique Mayor.”