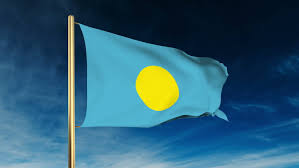 Thomas O. Remengesau Sr., the 4th President of the Republic of Palau, has passed away.

According to the Office of the President, Republic of Palau, Remengesau Sr. died Saturday at approximately 3:30 p.m. at his residence in Medalaii, Koror.

Surrounded by his children, family, and relatives, former President Remengesau, Sr. passed away peacefully. He was 89.

Governor Lou Leon Guerrero issued the following statement on the passing of Remengesau Sr.: “On behalf of the people of Guam, I extend my sincerest condolences to the Palauan
people on the loss of a great public servant and regional leader, President Thomas
Remengesau Sr. who will be remembered for his storied political career and selfless contributions to his nation and people. In particular, I join the Palauan community on Guam in mourning his passing. First Gentleman Jeff, Lieutenant Governor Josh, and I extend our prayers to President Remengesau Sr.’s family during this difficult time.”

Remengesau Sr. was married to Ferista Esang Remengesau, who served as First Lady of Palau during her husband’s brief terms as President. They had eight children, the eldest of whom is Thomas “Tommy” Remengesau Jr., who was the President of Palau from 2001 to 2009 and has been the current President of Palau since 2013.

On behalf of the Remengesau family, President Tommy E. Remengesau, Jr. offers his sincere gratitude for the love and support expressed for his father and his family.