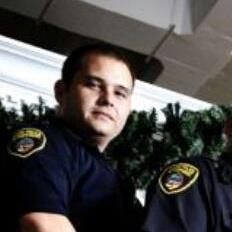 James Esperon is accused of raping a 14-year-old girl known to him.

Esperson is accused of raping a 14-year-old girl known to him. Esperon was arrested in March of last year when the victim was 16 years old. The victim reported Esperon after she was told that she would be moving back to live with Esperon.

The girl says Esperon raped her sometime in 2012 and ordered her to keep it a secret. Esperon is also accused of sexually molesting the girl and even attempting to assault her in front of her younger brother, according to police.

Opening statements were made today and trial continues tomorrow.

The victim first reported the incident to a school counselor who then turned over the case to police. The victim says Chargualaf covered her mouth while forcibly raping her to mask her screams for help.

The victim says Chargualaf also threatened to kill her if she reported the incident.

As of this morning jury selection was still ongoing for Chargualaf. Opening statement will be scheduled after the jury has been selected.