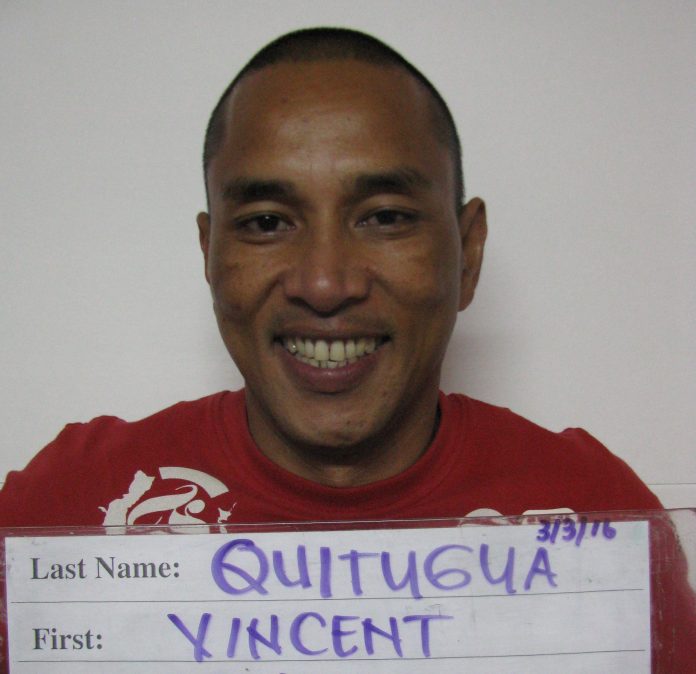 Guam – A former public school teacher will be spending over four years in federal prison for drug charges.

Vincent John Quitugua, 47, was sentenced Thursday to 57 months in prison. Quitugua pleaded guilty to possession of a controlled substance with intent to distribute and maintaining a drug-involved premise.

Quitugua was busted during a raid of his Piti residence in March 2016 which had an extensive marijuana grow house, over 10 grams of methamphetamine and drug paraphernalia, four firearms and $73,000 in cash.

Quitugua was a veteran school teacher with over 20 years at GDOE. The US Attorney’s Office says Quitugua’s drug operation was located near a public school as well. All the items, including the firearms, were forfeited to the federal government.