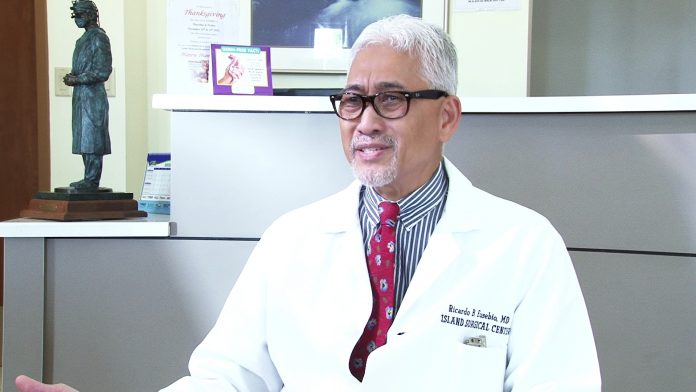 Guam – Mother Prioress Dawn Marie’s statements about the intention of a $2 million gift to the church is not entirely accurate, according to fired Redemptoris Mater Seminary board chairman Dr. Ricardo Eusebio.

Dr. Eusebio called for a press conference Monday to respond to Mother Dawn Marie’s allegations that ousted Archbishop Anthony Apuron pressured her to lie about the intention of the $2 million gift that was donated to pay off the archdiocese’s loan–a loan that was taken out to purchase the former Hotel Accion property.

“Yes, Mother Dawn Marie claims we live in a toxic environment. It has been fueled however, by her own desire to seek public attention and provide her rendition of the truth in regards to the seminary. She attempts to discredit Archbisop Apuron and deems him guilty in regards to sexual abuse allegations against him without a trial. My recollection of the truth is different from what she professed,” said Dr. Eusebio.

According to Dr. Eusebio, knowledge of the Yona seminary property was public, since it had been the only archdiocesan seminary in Guam.

Dr. Eusebio says, “The Redemptoris Mater Seminary has been the only archdiocesan seminary in Guam and its relationship with the Neo catechumenal way has been public, open and clear since its origin,”

Dr. Eusebio provided the media with the email communication … One email states quote “we would like to help with the seminary situation and thought we could possible loan you some money, interest free to use there.”

Archbishop Apuron then responds to Mother Stella Maris, saying ” we were able to move the seminary to a new location about 10 miles south in a former Japanese hotel which the Archdiocese purchased for about$ 2 million dollars. He continues “then a miracle a bankrupt hotel was up for sale and we were the second to bid on it for less than $2 million, believe it or not we were sold that hotel for $2 million.”

The email communications hoever, do not explain why Archbishop Apuron might have pressured the Carmelite nuns to lie and say they donated the money specifically for the RMS, one of Mother Dawn Maries assertions.