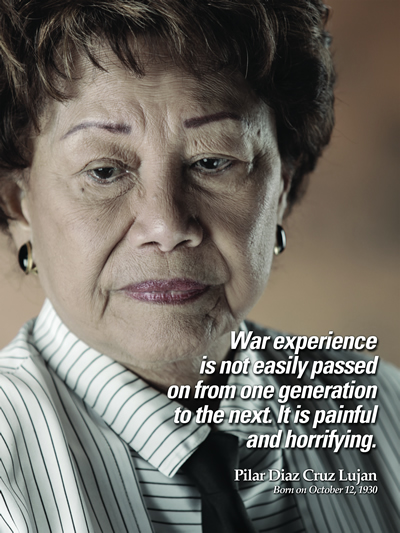 The Office of the Governor announced the passing of former senator and Democratic Party of Guam Chairwoman, Pilar Cruz Lujan at 92 years old who served the island as senator for 6 consecutive terms.

Before becoming a Senator, Lujan served Guam as a teacher, administrator, and in more positions across the Guam Department of Education. Lujan led the implementation of CHamoru language and culture education in our schools and became Chairwoman of the first Guam Education Board.

Governor Lou Leon Guerrero said, “We join the island of Guam in mourning the passing of former Senator Pilar Cruz Lujan, a passionate educator who championed the institution of CHamoru language in public education, and a dedicated public servant who established our modern judicial system and led the transformation of our international airport.”

The Democratic Party of Guam joined Adelup, and Democratic Leadership in the Guam Legislature in mourning the loss of former DPG Chairwoman Pilar Lujan stated, “As a Senator, Chairwoman Lujan advocated tirelessly for the closure of the painful chapter faced by the People of during World War II. Her efforts and advocacy paved the way for us to finally close this painful chapter. Additionally, as a Senator in the 17th-22nd Guam Legislature, she spearheaded many key initiatives that set the course for our system of Government today. ”

Vice Speaker Tina Rose Muña Barnes added that Senator Pilar C. Lujan. Senator Lujan was a strong voice of the people and a staunch advocate of justice. Senator Lujan was one of two women elected to the First Guam Constitutional Convention, playing a vital role in shaping Guam’s destiny.

Moreover, Speaker Therese Terlaje added that as lawmakers and government officials, we can only aspire to accomplish as much as Senator Pilar Lujan achieved in her lifetime, as she embodied the standard of public service that is expected by the people of Guam. Our condolences go out to her children Davina, Galen, and Rolenda and their families.”

Our prayers and condolences go out to former Senator Pilar C. Lujan’s family during these times.