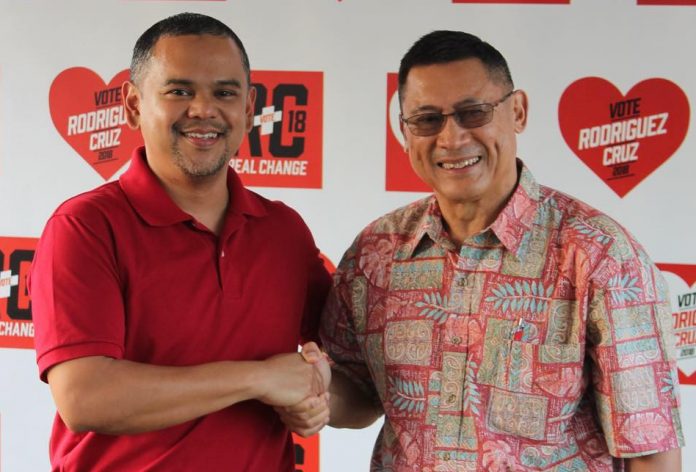 Guam – GDOE Superintendent Jon Fernandez may be guilty of a felony, as alleged in the latest petition made to the Guam Education Board and Guam Election Commission by Former Senator Bob Klitzkie.

This latest statement from Klitzkie alleges that Fernandez has violated the law that prohibits a person from offering any money or other valuable offer in consideration of a person withdrawing as a candidate for public office, which is a felony offense.

In a release provided by the Rodriguez-Cruz Campaign on June 21, Ret. Col. and ROTC instructor David Cruz was given an ultimatum by Fernandez to either withdraw from the race, resign as a teacher or face termination.

Klitzkie states that the ultimatum itself constitutes a valuable offer to Cruz. If Cruz were to withdraw from the campaign, he could keep his $124,000 dollar contract, a valuable offer indeed.

However, as announced last Friday, Cruz was terminated from his position. The Rodriguez campaign alleges that Cruz is the victim of dirty politics, as the day to file drew closer and the scrutiny of his employment with DOE grew.

Fernandez had previously defended Cruz’s contract, despite Klitzkie writing that as an unclassified employee or not, Cruz did not meet any of the exemptions that would allow him to hold onto a government job while running for office.

In the previous petition, Klitzkie stated that the Governor and Attorney Generals approval of the contract address only the employment matter and were not permission for Cruz to be a candidate.

In a statement provided by Senator Dennis Rodriguez, Rodriguez says that the Governor and the AG knew from the start that Cruz was changing his employment status so that he could legally remain a teacher while running for office.

Speaking with Newstalk K57’s Patti Arroyo this morning, former AG Elizabeth Barrett Anderson was asked whether the contact that was presented to her was a way for Cruz to get around having employment with DOE and being able to run for office.

“Well Patti, when a lot of the contracts come through our office, our job is to look at the contract as to form and legality and most of the time we look at the contract in all four corners. What is this a contract for, what government agency is this for? And, when the contract came through in the early part of February, it was for an unclassified employment agreement for DOE for an ROTC instructor. And that was the basis of our review,” said Barrett Anderson.

Klitzkie is petitioning the Guam Education Board to take appropriate disciplinary action against Superintendent Jon Fernandez, for his violation of Guam law, while also maintaining that Fernandez used trickery to accommodate his former employee Cruz, trickery that also violated Guam law.