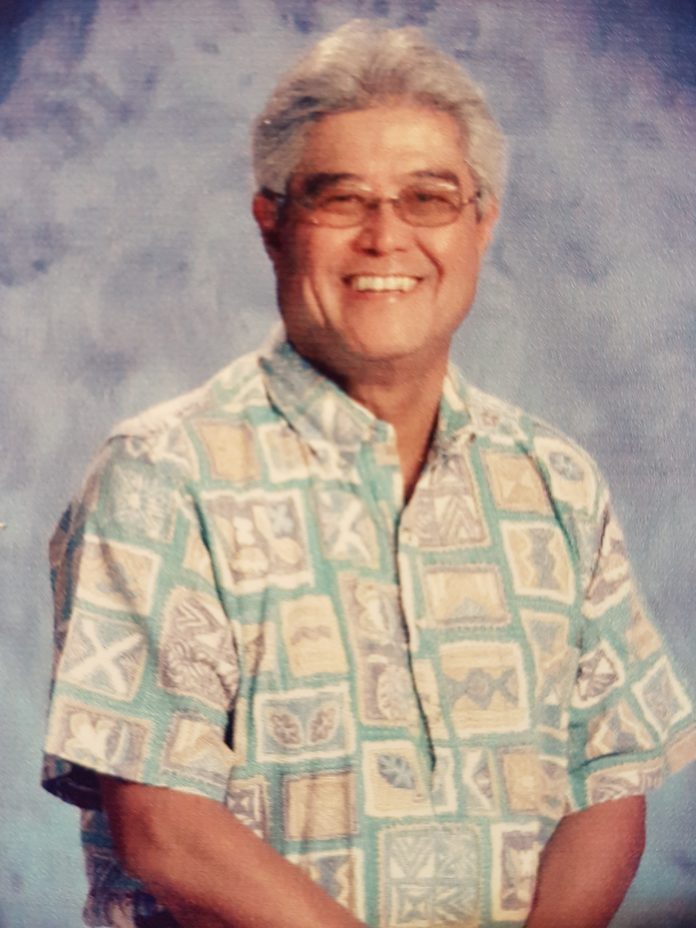 Guam – A former two-term senator, University of Guam president and long time local educator Dr. John Camacho Salas passed away at GMH Friday evening at the age of 70. According to his son Jason Salas, Dr. Salas succumbed to diabetes after a lengthy battle with the disease.

Dr. Salas was a 1965 graduate of Father Duenas who received his P.H.D. from the University of Connecticut. He served two consecutive terms in the legislature as a senator in the 25th and 26th Guam Legislatures. Speaker B.J. Cruz issued a statement saying, “On behalf of the 34th Guam Legislature, we join Guam in mourning the passing of Dr. John Salas. As a former senator, visionary educator, and public servant, John brought the gift of possibility to generations of Guam’s students.  While his passing gives us cause to grieve, the impact of his life and work will survive in others. Our thoughts and prayers are with John, his loved ones, family, and friends.”

Congresswoman Madeleine Bordallo issued a statement saying, “Our island has lost a great leader and I am deeply saddened by the passing of former senator, Dr. John Salas. As a two-term senator and the president of the University of Guam, he championed many efforts to improve the quality of life for the people of Guam. John was a dedicated public servant and steward of education, and I join the people of Guam in honoring John’s service to our island and remembering his many contributions to our community. My thoughts and prayers are with his wife Leslie, their family, and loved ones during this very difficult time.”

Governor Eddie Calvo proclaimed a state of mourning for the island and ordered that all flags be flown at half-staff until the day of his internment. Governor Calvo and Lt. Governor Ray Tenorio expressed their deepest condolences to the family of Dr. Salas. Governor Calvo issued a statement saying, “My wife Christine and I are deeply saddened by the passing of former Senator Dr. John Salas. He was a pioneer in our island’s education and a humble servant to this community. May God bless the Salas family during this difficult time.” Lt. Governor Ray Tenorio issued a statement saying, “Dr. John Salas displayed exceptional leadership. He was an inspiration to all around him, and was committed to improving education on the island. I am saddened by this loss and my prayers remain with the Salas family.”

READ RELEASE FROM THE FAMILY OF DR. SALAS BELOW:

After graduating from Father Duenas in 1965, and completing his doctoral studies at the University of Connecticut, he embarked on a distinguished career in the island’s public and private sectors. He started as deputy director of the Department of Education, and became the first provost at the former Vocational High School, what would later be renamed Guam Community College. He then spent more than a decade at Duty Free Shoppers as vice president of human resources.

He ran successfully for seats in the 25th and 26th Guam Legislatures, eventually chairing the Committee on Judiciary. Prior to his career in politics, he served his island community at the University of Guam, as vice president of academic affairs, then eventually president. He later returned to UOG as a professor of tourism, enthusiastically sharing his passion for island hospitality.

Dr. Salas is survived by his wife of 46 years, Leslie Goodson, his son Jason, daughter Stacy and son-in-law Marcus Detry.

He was a week past his 70th birthday.