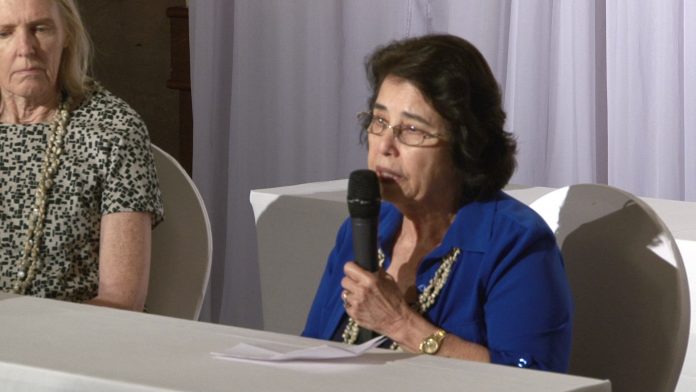 Carmen Artero-Kasperbauer says the island’s elderly is growing in numbers but options in caring for them remain limited.

Guam – The status of assisted living on Guam was discussed during a University of Guam conference last week.

Former senator and registered nurse Carmen Artero-Kasperbauer was one of the panelists who talked about the need for assisted living services on Guam. There are a couple of government-run senior living centers on island, however, their services are limited.

In fact, Kasperbauer says many families who are unable to care for their elderly family members have resorted to sending them to the Philippines because it’s too expensive to send them to the mainland.

Kasperbauer says an ideal location for an assisted living center has already been identified at the old Guam Memorial Hospital, it’s just now a matter of getting elected leaders to act and either fund a center or establish an industry that could attract potential investors.

“We’re growing in numbers. We’re the people that started rebuilding the island after the war. Don’t give up on us,” said Kasperbauer. “Don’t make us feel like, ‘Okay, you did your job. You rebuilt and now just stay in your room.'”

Kasperbauer was one of the featured speakers at UOG’s Western Pacific Conference on Public Administration and Policy Solution.