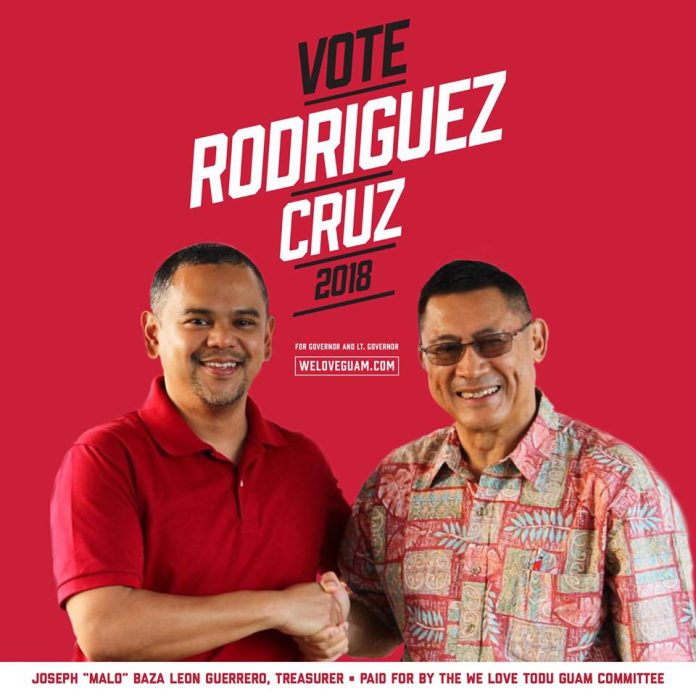 Guam – Former Senator Robert Klitzkie is invoking his right to petition, as he alleges that gubernatorial candidate Dennis Rodriguez’s running mate, David Cruz, is not permitted to run for office.

In a letter addressed to Superintendent Jon Fernandez, Klitzkie outlines eight points of contest that he believes provide irrefutable evidence that Cruz is not eligible to be a candidate.

A pivotal point of contest is that Cruz is an executive branch employee in a contractual position which makes him a classified employee.

Under Guam law, classified employees are ineligible to run for office. Klitzkie alleges that Fernandez willingly set up a sham “unclassified” contract for Cruz that will allow the candidate to receive a $124,000 salary as Cruz continues to campaign for office.

Klitzkie writes that the, “greatest irony” in the Cruz candidacy charade is that Attorney General Elizabeth Barrett-Anderson signed off on Cruz’s contract approving it “as to form and legality,” when in fact, it is not so.

However, Kltizkie maintains that as an executive branch employee, unclassified or not, Cruz does not meet any of the exemptions that would allow him to hold onto a government job while running for office.

GDOE Spokeswoman Isa Baza, meanwhile, says that the contract was reviewed and approved by the AG and Governor and that the department has forwarded the concerns to the AG and will wait for input as they continue to review Klitzkie’s arguments.

The Rodriguez-Cruz campaign has not responded to our request for comment as of news time.