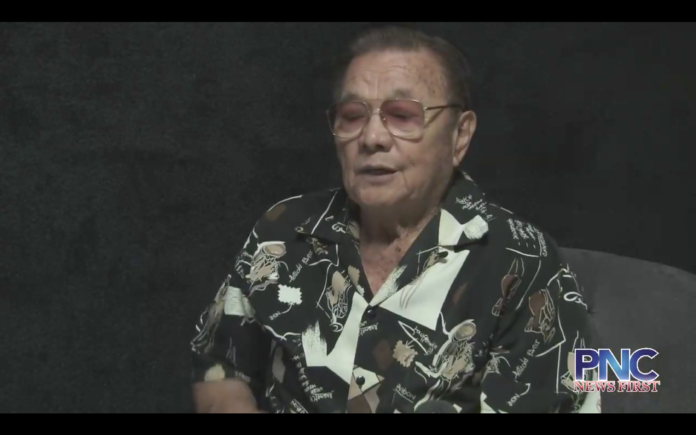 Guam – While the Port Authority of Guam and YTK Corp. continue their battle in court, Eloy Hara, the former project manager for the fisheries facility, is speaking out and defending YTK from allegations that it failed to launch the business.

On the contrary, Hara says the Port Authority is to blame for the failed fisheries business.

Hara was the project manager hired by YTK Corp. at the time the contract was established in 2001. After sitting idly by listening to and reading the numerous reports about the Port-YTK dispute, he says it’s time to set the record straight once and for all. Hara may be one of the only people with the complete documents.

The contract for a fisheries facility was signed in 2001 for a term of five years with the option to renew the contract up to eight times, which would amount to 45 years if all eight option terms were renewed.

“That has the caveat that both the Port can terminate or YTK can gracefully bow out. But they are bound by the first five years,” explained Hara.

The contract was executed with the stamp of approval by the AG’s Office and the governor of Guam, who at the time was Carl Gutierrez. But then there were unforeseen circumstances that delayed the project, including Supertyphoon Pongsona.

“It clearly states that any and all delays day-for-day, you must extend the effective commencement date and the terminal date,” noted Hara.

This meant that the effective commencement date of the first five year contract term was no longer December 2001, it was instead moved by a couple of years because of the delays.

In fact, another delay to the project was in the approval of the master plan.

“Finally, the Port approved the re-submittal of the YTK master plan in May 10, 2004, so now going back from 2004, this contract again still has five more years from 2004 so [the effective commencement date] would be 2009,” Hara points out

By this point, Hara says he had already made advance payments of $100,000 on the YTK lease but the Port Authority had failed to vacate the premises of Hotel Wharf. And with tenants still on the property, Hara points out that YTK could not proceed with repairs and construction of the fisheries facility.

In fact, contrary to the Port Authority’s contention that YTK had never built anything and left Hotel Wharf to rot, Hara says he reminded the Port Authority of its duty to vacate the premises. The Port, he explains even put out a flyer telling tenants to vacate Hotel Wharf, but after Hara left YTK in 2006, he never had the chance to follow up.

Eventually YTK took the Port Authority to court for breach of contract while the Port declared the contract invalid because of the five-year legislative clause. In almost every proceeding, however, the judges and justices agreed the contract was a valid one.

Then came arbitration. Hara points back to the 2001 contract.

“Again, the only thing that can terminate this contract is the arbitration because it says–clearly stated in article 17 that any and all disputes must be settled through a binding arbitration,” said Hara.

It did go to arbitration and the panel ruled in favor of YTK, awarding them damages now worth over $15 million. This brings us back to the current dispute being litigated in the Supreme Court. Hara says Port Legal Counsel Mike Phillips may not know all the facts since he came on board a little late in the case.

It seems while the courts have yet to settle the remaining legal questions, the questions they cannot settle, as argued by Port Authority stakeholders, are the moral ones.