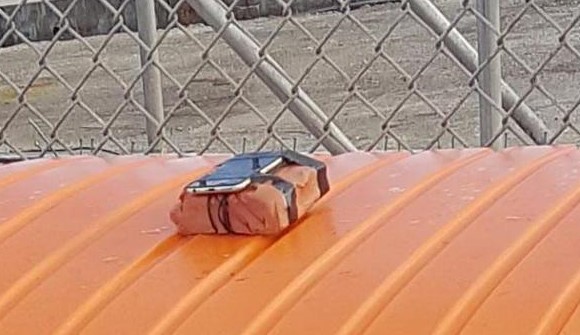 UPDATE: The all-clear was issued at 2:15 p.m. The Naval Base Guam Explosive Ordnance Disposal unit, working with all partners, was able to safely assess and secure the ordnance.

All precautions were taken to ensure the safety of the public and responders involved.

At around 1:13 p.m., the Offices of Guam Homeland Security and Civil Defense (GHS/OCD) received a report from 911 dispatch of reported unexploded ordnance (UXO) found near Rt. 4 Chaot Bridge, Sinajana.

The Guam Police Department and the Guam Fire Department responded on the scene and an Explosive Ordnance Disposal (EOD) unit had been requested.

GHS/OCD remind residents and visitors to practice the “3Rs of Explosive Safety” when any UXO is encountered:

Visit https://www.denix.osd.mil/uxo/ to learn more about the “3Rs if Explosive Safety.”

For more information, contact Acting Public Information Officer Jaimie Cruz at (671) 688-0438 or via email at jaimie.cruz@ghs.guam.gov.