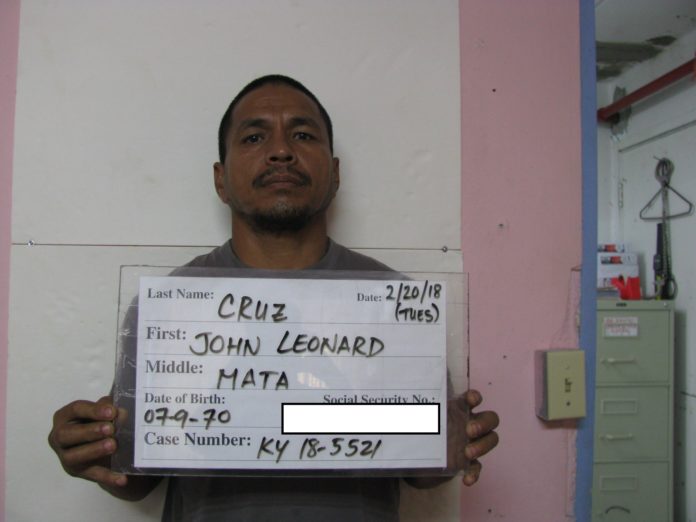 Guam – A drug raid in the Southern village of Merizo on Tuesday, resulted in the arrest of four individuals however only one has been charged in Superior Court.

With a search warrant in hand, federal and local law enforcement officers stormed into a residence at Hemlani’s apartments in Merizo. According to GPD Spokesperson Sgt. Paul Tapao, the apartment contained ice, drug paraphernalia and money.

Inside the apartment were four individuals identified by police as Brandon Acfalle Quinata, Amelia Christina Manglona, Jordan Jay Chargualaf, and John Leonard Mata Cruz. All four were arrested for illegal possession of a scheduled two controlled substance. Quinata was additionally arrested for possession with the intent to distribute.

Interestingly however, only one of the four appeared for a magistrate hearing in court today, Cruz who according to the complaint was discovered in the living room of the apartment. Where a “heat modified glass pipe stained with suspected methamphetamine residue,” was also discovered. Police say that Manglona indicated that the pipe belonged to Cruz. He was booked and confined.