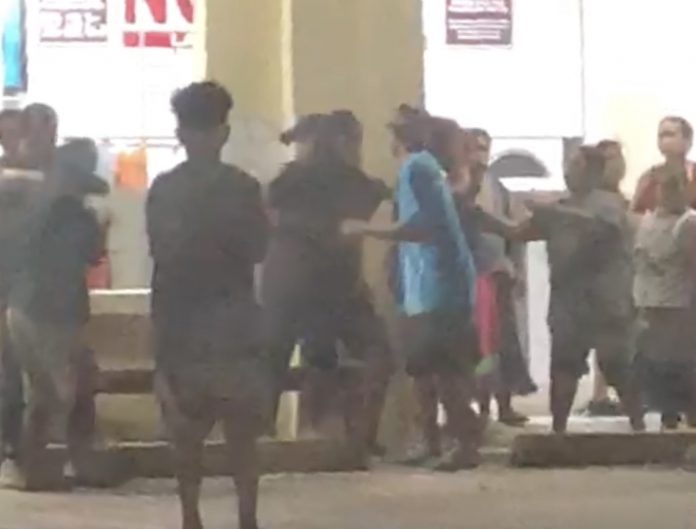 Guam – Three men and a minor have been taken into custody after they were captured in a viral video joining in a riot at a laundromat in Dededo.

In the video, one man is seen being attacked by a handful aggressors, one being a minor. After speaking with a witness, the Guam Police Department was able to locate the four individuals responsible for the assault.

GPD then arrested three of the men, including 19-year-old Gildner Philip, 27-year-old Maison Phillip, and 20-year-old Isa Timoty, for rioting and aggravated assault, among other charges.  An unnamed 16-year-old was also apprehended and is confined at the Department of Youth Affairs.

This video, along with a handful of others that surfaced on social media in the span of a few days, was the subject of a meeting held with high level Adelup officials and the FSM Consulate office last Friday. During that meeting, authorities emphasized the huge role social media plays in exaggerating the appearance of crime in the community, cautioning the public to call 911 first before turning on their cameras to record.

GPD, however, acknowledged in their press release this morning that the laundromat arrest was, in fact, “in response to the recent viral video circulating on social media depicting violent images of a fight.”