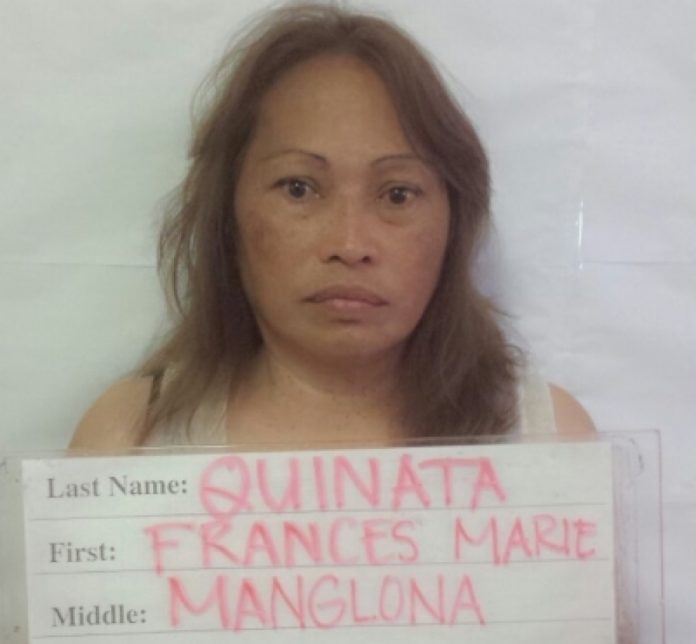 It’s been less than a week since Frances Quinata was found guilty on multiple counts of theft, and she was in court again on new charges.

Guam – At an arraignment hearing this morning, Frances Quinata faced charges of theft by deception as a third-degree felony, and multiple counts of issuance of dishonored checks.

Court documents state that Quinata obtained hundreds of dollars from an elderly victim in May 2015 by creating or reinforcing a false impression. Quinata is also accused of issuing nine checks against insufficient funds, four of which were over $1000 each, and failed to pay those checks after receiving a notice of nonpayment.

She is scheduled to appear in court again on November 23 at 8:30 a.m. at the Northern Court satellite.