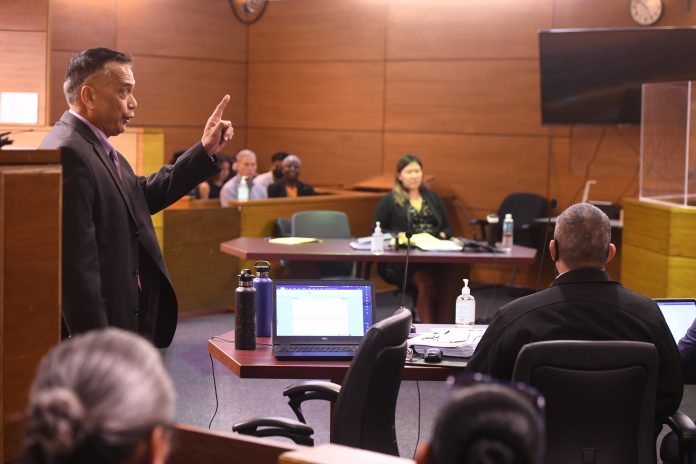 The jury spoke, and the verdict was passed regarding the trail of Frank San Nicolas.

The Former Port Officer and Suruhanu, San Nicolas, was found not guilty on all charges by jury earlier today.

The verdict came after 3 days of deliberation.

San Nicolas was on trial for alleged rape charges.

San Nicolas’s attorney – Joaquin Arriola Jr. told reporters that this was one of his most difficult cases to date due to the Office of the Attorney General.

Describing the prosecution as vindictive, vicious, and ineffective.

Arriola Jr said,  “It’s truly disappointing that the prosecutors office would go to such great lengths to throw not only the book, but the entire encyclopedia set at Mr. Ko San Nicolas in order to obtain a conviction. Beginning with a striper who claimed she was raped when she agreed to a “Nuru Massage.” Basing all their cases on that one victim. Their entire “Me 2” movement has collapsed. It just goes to show, everybody should be very careful when people make these allegations of criminal sexual conduct and “Me 2″ movement.”