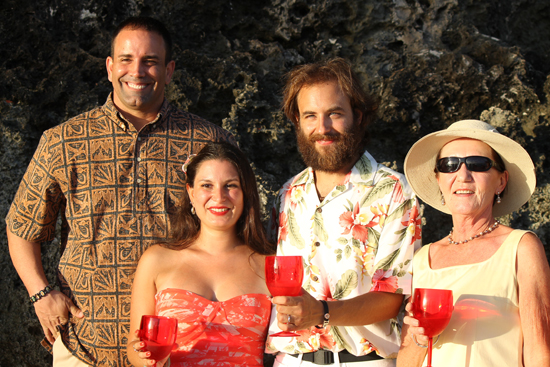 Benoit and Stephanie traveled all the way from Paris, France to get married on Guam.  Senator Brant McCreadie, of the 32nd Guam Legislature, performed the sunset ceremony after being approached by the French Consulate here on island.

When asked why the couple decided to get married in Guam, and not in what many people argue is the most romantic city in the world, they responded, “we wanted to have the wedding somewhere completely opposite of Paris. We looked on the map, and Guam seemed very opposite. Guam is very beautiful and the people have been very friendly.”

This is the first time in recent memory, if ever, that a couple from France has flown to Guam to get married. Senator McCreadie was honored to officiate the ceremony, and was even more honored to be an impromptu goodwill ambassador for the people of Guam.