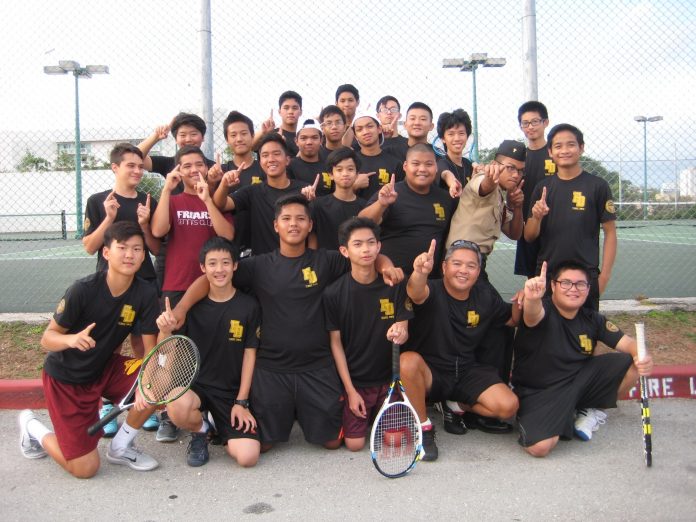 February 24th, at the JFK Tennis Courts, the undefeated FDMS Friars tennis team swept the JFK Islanders 32- 4 in the final match of their respective seasons.

In Boys’ Singles, senior Josh Cepeda of FDMS opened with an 8-2 victory over Albert Park of JFK. Friar Brian Tuncap Jr., who is undefeated in eight matches, completed his junior season with an 8-0 win over Al Labang.

In doubles, the FDMS Doubles #1 team of Andrew Chung and Shane Schnabel also finished an undefeated season with an 8-0 win over Stephen Ramirez and Seo Hyun Kim. FD seniors Christopher Hattori and Lucas Martin completed the FD sweep with an 8-2 victory over Andrew Dela Rosa and Elijah Reyes of JFK.