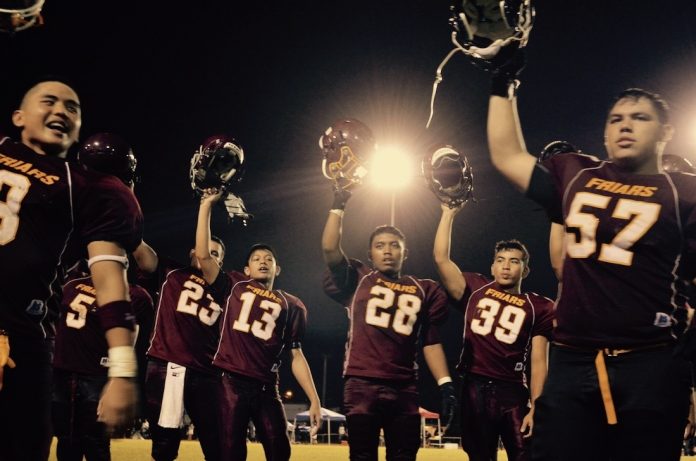 A familiar face met the Friars.

MANGILAO – Football was back in Mangilao Saturday Night and the crowd couldn’t have been happier. The Father Duenas Friars, who have been granted permission by the IIAAG to use GW’s field as their own home venue, hosted the JFK Islanders. A familiar face met the Friars, former Quarterback Ricky Brown who transferred to JFK in the offseason. Friars come out old school and establish a dominant defense early. The Father Duenas defense, held the JFK offense to 80 yards, Intercepted a pass, sacked Brown 3 times, and hurried him countless others. On the offensive side of the ball, Friars started rookie quarterback Daniel Phillips, who puts his team on the board first. It came in the form of a 54 yard dart to wideout Devin Sudo who ran it in to score. FD, score two touchdowns before the half and hat sealed it for the Islanders. Fairs win their opener 14-6.