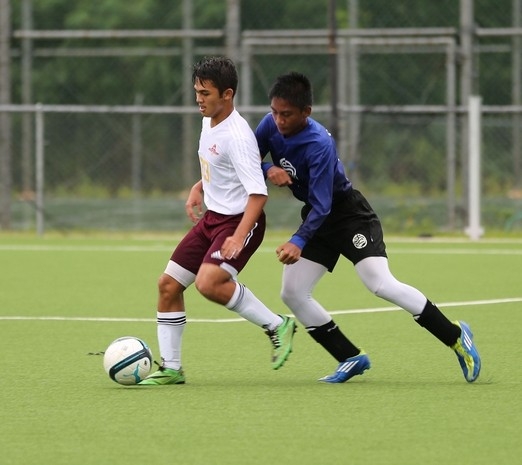 SOCCER IS HERE! THE IIAAG BOYS SOCCER SEASON KICKED OFF, with the first round of games. FD AND SOUTHERN started things off against each other….

GUAM – Father Dueñas Friars officially kicked off their season in IIAAG Soccer. They traveled to Harmon to challenge the Dolphins from down south. A lot of back and forth in this match. Father Dueñas, getting some good looks in the early part, BUT they can’t find the net. FRUSTRATING, but like the little engine that could, I think I CAN, I THINK CAN. Friars getting a corner kick, then the header for the games first goal! The Friars, RELENTLESS on the attack game, they don’t quit! Dolphins trying to get anything going. The southern boys lose some critical possessions around mid-field. Father Dueñas, offensive front gives up nothing to the surging pod of Dolphin attackers. Southern fall behind, and are forced to play with desperation. Justin Escobar turned in 2 goals as FD defeated Southern 6-0!  Jeffrey Ho gets 2 as well!Shane Healy and Justin Johnson also scored for FD. IIAAG BOYS SOCCERS CONTINUES TOMORROW!