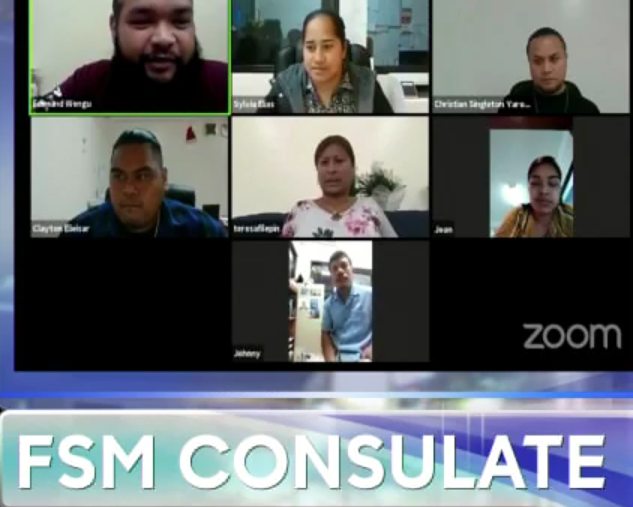 The FSM Consulate in Guam participated in a virtual meeting organized by the Micronesian Resource Center on Monday, May 25.

Consul General Teresa Filepin provided information on services and programs available to the FSM community and also gave updates to the assistance being extended to stranded FSM citizens on Guam.

Filepin says the consulate and the FSM national government are working together to repatriate its stranded citizens.

While the government is preparing flight arrangements, she is encouraging those affected to coordinate with the FSM consulate office in Harmon and to provide the required travel documents and other information.

“We want to encourage everybody who is on the way to the FSM but stuck here due to the travel restrictions that the FSM’s Health Declaration has been put into place. The states of Pohnpei and FSM’s national task force have alerted us that they will be receiving the names of stranded citizens of the FSM and Pohnpei,” Filepin said.

Filepin also provided updates on the Pandemic Unemployment Assistance funds. Filepin says the consulate’s staffers are getting trained to assist the community in filing their application forms online.

“Your consulate office has been working very closely with the Department of Labor, with the Director of that Department …and this office will be a satellite site to provide assistance to FSM citizens when the online applications for the PUA become available. The information that we are receiving right now is that the online portal will be available within a week or so,” Filepin said.

Filepin reminds the community that the consulate office is still operating on limited hours. They are only open during the weekdays, from 9 a.m. to 1 p.m.