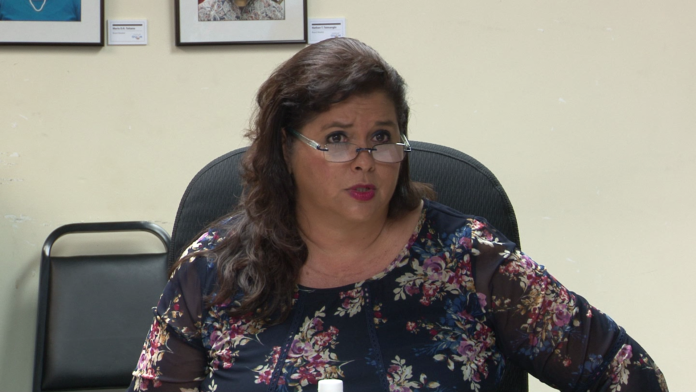 Guam – Furloughs or a 32-hour work week would have devastating effects on the Port Authority of Guam, according to Port Authority General Manager Joanne Brown.

Brown was presenting her GM report to the Port Board today where she said she’s met with other officials about Governor Calvo’s executive director ordering a 32-hour work week for all of GovGuam, to include autonomous agencies like the Port Authority.

Brown emphasized that the Port is a 24-hour operation and it would be difficult to put limitations on their work hours.

“When we service vessels, when they come in, we service them until they’re completed. It would be very awkward if we could only do 8-hour workweeks with our clients and essentially tell them you know our 8 hours is completed, ‘Sorry, we have to come back in the morning to continue working.’ I mean that would have a devastating effect in our efficiency and our ability to serve our carriers, as well as their schedules because they do have schedules,” noted Brown. “They’re only here for a certain time and then they do have to move on to their next port assignment.”

Brown said discussions will continue on how to work around a directive that would force them to cut hours.

Meanwhile, Brown updated the board on their efforts to borrow $72 million on the bond market. Brown noted that the Port legal counsel is working with GEDA to finalize the documents for the bond.

“We’re really working diligently to do so because we need to have those documents for your review, for the [Guam Economic Development Authority] board’s concurrence and also we wanna be able to meet the deadline if we can to try to get this on the agenda with the [Public Utilities Commission] for April. If not–that is the desire, April is the desired month, versus May–we are looking, hopefully if we’re able to get those approvals to move forward in mid-May to go to … ratings and then if all is in order with that then we’re looking at early June to actually go to market,” said Brown.

Brown also told the board that the Port had an increased revenue of close to $800,000 for the first quarter of this fiscal year.