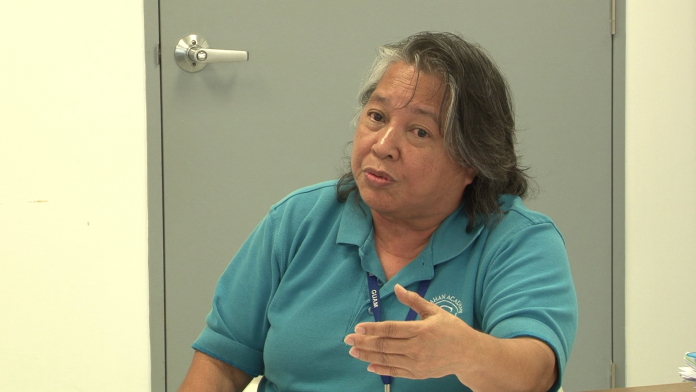 GACS Principal Mary Mafnas explained at a work session yesterday to Guahan Charter School Council members that this is a program they undertake every year to gauge the number of returning students.

The survey is even more critical now since the charter school is mandated to reduce its enrollment numbers by over 100 students.

Mafnas says they began the survey in March and were down to the last 15 parents who had not yet responded to the survey. So staffers began placing phone calls to these parents using a standard script.

“The script says, ‘We’re following up with your child or your children to see if they’ll be returning for next school year. We need an answer as soon as possible because we’re working on our enrollment count. If we don’t get an answer we will assume that your child will not be returning,'” explained Mafnas.

But it turns out that one of the staffers did not stick to the script and added words of his own. The parent who complained said it was called a “forced to withdraw” list.

“The staff that gave that call to that parent changed the script to, ‘Your child will be put in the withdraw list,’ and the parent, I asked what did she say and she said ok, the parent said ok,” noted Mafnas.

“So you mentioned that the script wasn’t used when you spoke with this specific parent … was the parent reached out to because the script was changed?” asked Guahan Charter School Council Chairwoman Amanda Blas.

“No, no, no. I was told that, um, he called, the staff called, and when he said what he said, she said ok,” replied Mafnas.

Mafnas says so far they have 703 of their 883 students who are on the list to return next school year.

As for the employee in question, it’s not clear if he will face any kind of discipline.

6 COVID-19 cases with variants of concern identified on Guam, including 1 South African variant