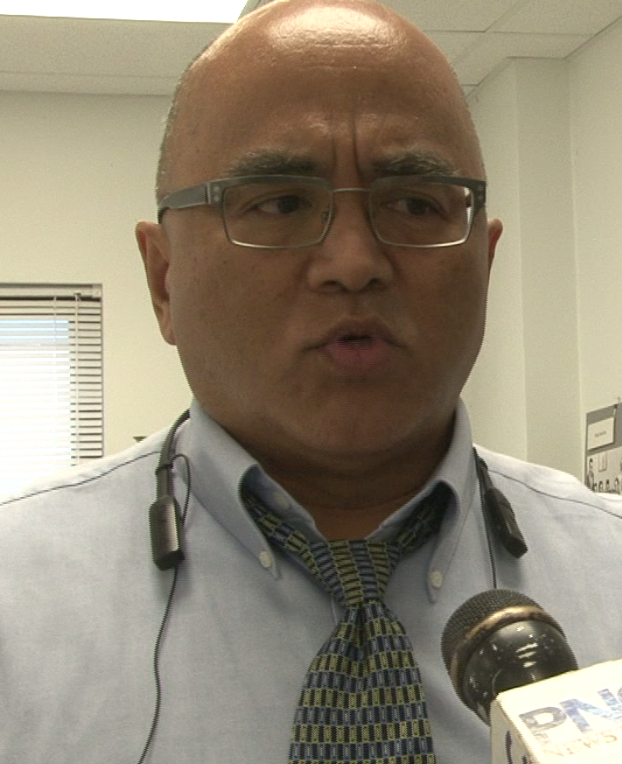 GACS Board of Trustees justify the nearly $11K retreat and other fiduciary practices they made this fiscal year.

This was an opportunity for the school’s controversial board of trustees to answer to some of the practices the Department of Education’s Internal Audit Office calls “questionable.”

First, why did GACS employees experience a pay less payday?

“What ended up happening was for one reason or another the request sat at the Department of Administration for approximately seven days. [DOA] did not transmit it. So, the lockup and the holdup was at DOA. When they received our official request, they did not transmit it within a reasonable time or an official time,” explained GACS Legal Counsel Leonard Rapadas.

Marilyn Manibusan, the GACS’s board consultant, recently spoke to the Mayor’s Council with a contentious message that the Department of Education was only after the school’s assets.

GACS employees who wish to remain anonymous shared with PNC that the last pay less payday not only resulted in late fees on bill payments, they also have very little confidence that the situation at GACS will change since this was now the second pay less payday in the academic year alone.

Meanwhile, Attorney Rapadas assured GACS employees that they did their due diligence.

“We’re doing our best to make sure [the pay less payday] doesn’t happen again…we did everything we could to make sure that it wasn’t going to happen,” he said.

Rapadas also addressed the controversial board retreat that cost the public $10,704.

“Board members have to have some sort of training and it’s not a spa retreat. When you hear retreat people think, ‘oh they’re out getting massages,’ when we’re out working from 8:30 – 5:30pm. We went through the procurement process and we followed the law, and of course if the hotel is going to provide certain things, [the Dusit Thani] what was available. But I do know that we had gone through the process and we had selected that option because of the location and the cost. It was cheaper than the other candidates.”

However, the IAO risk assessment notes that the nearly $11K Dusit Thani invoice was not validated due to the “questionable nature and lack of authority for such expenditures of government funds.”

“That’s another misconception,” countered Rapadas. Adding, “What does validation mean for that allotment?”

However, according to Franklin Cooper-Nurse, GDOE’s Chief Internal Audit Officer, the IAO has not validated that expense.

Meanwhile, the next charter council meeting is slated for November 28.