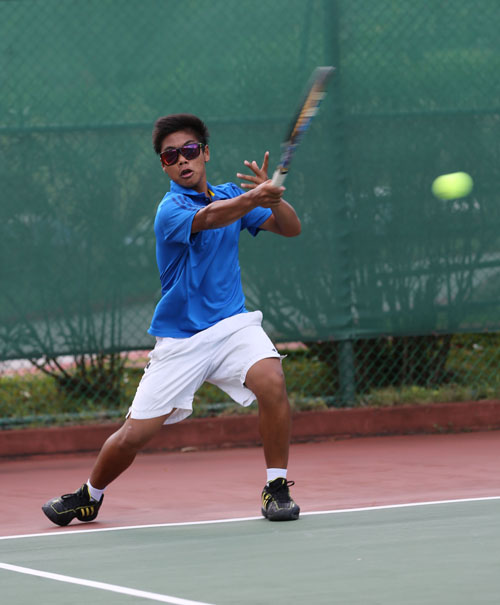 Guam – No. 2 Chloe Gadsden survived a late-match leg cramp and held on to upset No. 1 Yumika Sugahara 6-2, 6-7, 10-8 to capture the Women’s Open Singles title of the Quality Cup 2014 tennis tournament at the Hilton Guam Resort & Spa in a finale that lasted over two and a half hours.

Despite a relatively quick first set, the match was hardly over for Sugahara, one of Guam’s top and most experienced players. The pair played a close second set, trading service breaks midway to continue to keep within one game of each other. At 5-4, Gadsden had the opportunity to serve out the match, but instead suffered a trio of errors to help her opponent stay in the match.

At deuce, a forehand error by Sugahara presented Gadsden her first match point opportunity, she didn’t have an answer for Sugahara’s hard shot down the line to bring the game back to deuce. Sugahara eventually closed out the game to tie the set score at 5-all and two games later, dominated in the second-set tiebreaker, winning 7-1 to level the match.

At 8-4 in Gadsden’s favor in the ensuing third-set super tiebreaker, the eventual champion momentarily collapsed onto the court with a leg cramp. After receiving assistance from Tennis Academy of Guam’s Torgun Smith, Gadsden got up to continue playing. Sugahara proceeded to win the next four points to tie the score at 8-all, but a Gadsden winner down the line and a forehand error by Sugahara at match point gave Gadsden the victory. Gadsden’s win capped a successful run by the island’s junior players, sweeping all Skill Singles events. 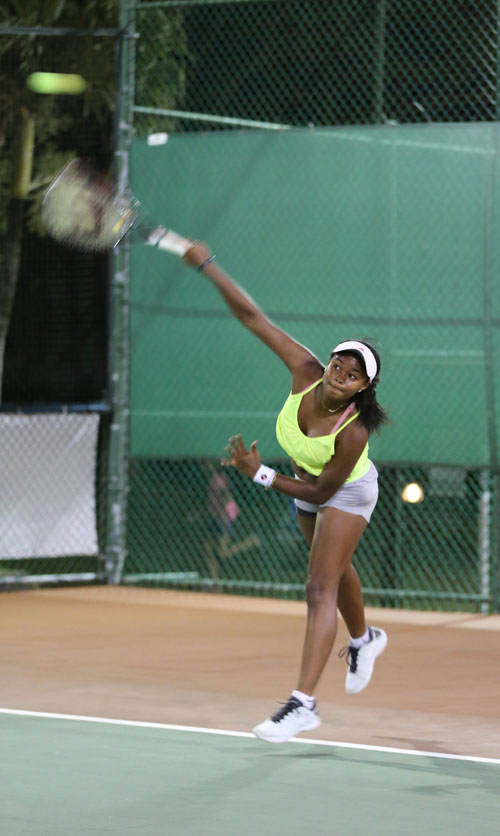 [Chloe Gadsden powers in a serve to Yumika Sugahara in the final of the Quality Cup 2014 Women’s Open Singles at the Hilton Guam Resort & Spa tennis courts. Gadsden won the title with a 6-2, 6-7, 10-8 win over Sugahara.]

“My dad always tells me to try my hardest every match – and I did try my complete hardest throughout this match, until I fell on the court,” Gadsden said after the match. “I started to feel the cramp at the end of the second set, but it went away for a bit. In the middle of the third set tiebreak, it got really bad, but I had to keep playing.

“The junior players are definitely trying hard and keeping the tennis competition level up, which is great,” added Gadsden, a 17-year-old senior at Guam High School, who hopes to receive a collegiate tennis scholarship. 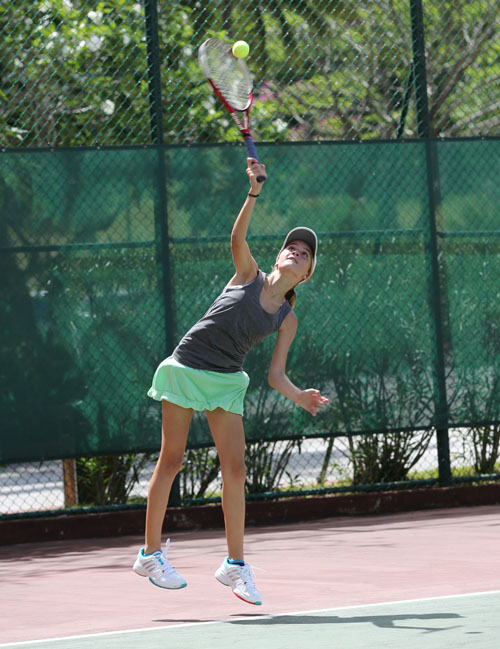 [Alyssa Merletti powers in a serve during the final of the Quality Cup 2014 Women’s 2.0 Singles division against Tara Usita-Lee at the Hilton Guam Resort & Spa tennis courts. Merletti claimed the title with a 7-6 (3), 7-5 win over Usita-Lee.]

[Tara Usita-Lee approaches the net for a forehand volley against Alyssa Merletti during the final of the Quality Cup 2014 Women’s 2.0 Singles dvision at the HIlton Guam Resort & Spa tennis courts. Merletti claimed the title with a 7-6(3), 7-5 win over Usita Lee.]

Emmanuelle Haurillon claimed the Women’s 4.0 division, winning both of her matches in the division’s round-robin format. Kanasta Abrams bounced back from one-set down to defeat Millie Leon Guerrero in the Women’s 3.0 division final, 2-6, 6-4, 12-10. Alyssa Merletti won the Women’s 2.0 division, edging finalist Tara Usita-Lee 7-6(3), 7-5.

In the High School Doubles division, Anthony John and Joshua Cepeda won the boys title with a 10-2 win over brothers Brian Jr. and Victor Tuncap. Camdyn Nadler and Tess Suh won the girls’ title with a 10-3 win over Janay Masga and Andrea Delin. 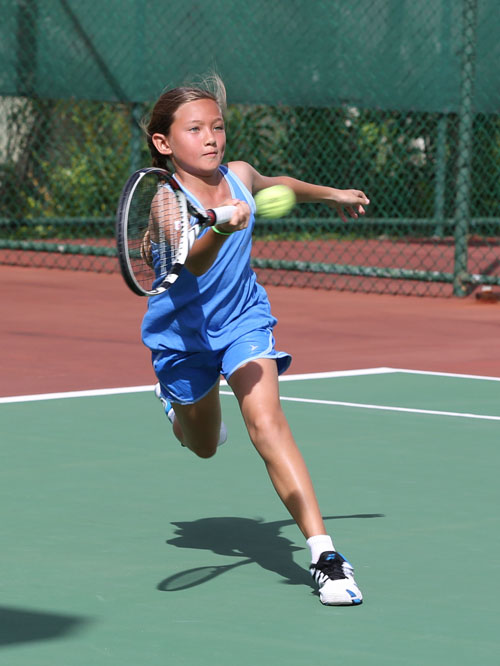 [Kaia Malakooti rushes for a forehand return against Dakota Gibson in the final of the Quality Cup 2014 Co-Ed U10 division at the Hilton Guam Resort & Spa tennis courts. Gibson defeated Malakooti, 6-3.]

In the Co-Ed U10 division, Dakota Gibson defeated Kaia Malakooti 6-3 for the title. 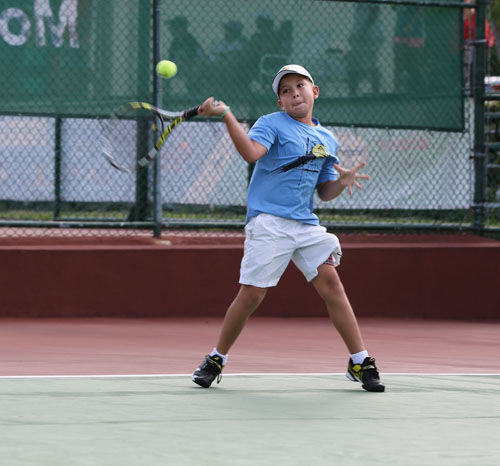 [Dakota Gibson plays a forehand return to Kaia Malakooti in the final of the Quality Cup 2014 Co-Ed U10 division at the Hilton Guam Resort & Spa tennis courts. Gibson defeated Malakooti 6-3.]