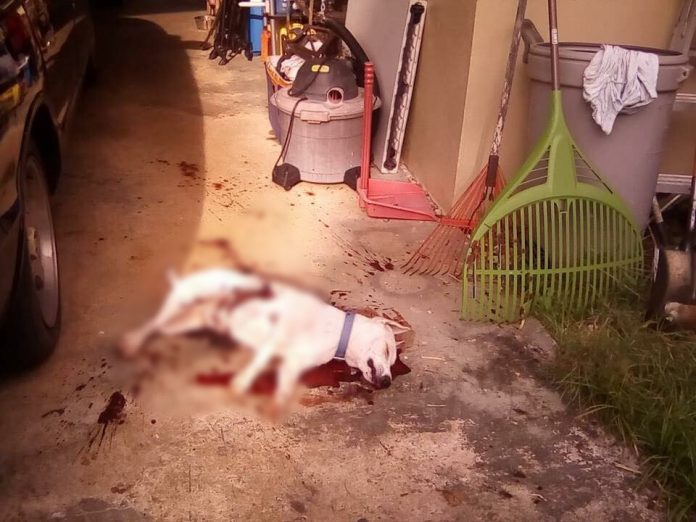 Guam – It’s been nearly two weeks and the individual responsible for the deaths of several family pets in the north is still on the loose.

Last week, Guam Animals in Need announced a $1,000 reward for information leading to the capture of the individual responsible for the senseless killing of four dogs in Yigo.

Today, an additional $2,000 has been offered for the conviction of the person responsible, bringing the total reward to $3,000.

According to GAIN Board Chairman Cyrus Luhr, the increase in the reward is a result of donors stepping forward.

“The public is outraged. We hope this total of $3,000 in reward money will lead to swift justice,” said Luhr.

Police are still seeking information regarding a person of interest who made threats against Pugua and other neighborhood dogs a day prior to the attack. He is described as being Chamorro, 6 feet tall and weighing, 200 to 230 lbs with tattoos and short black hair. He was last seen September 26 between 4 p.m. to 5 p.m. in Yigo near the Mayor’s Office pushing a stroller alongside a pregnant Chamorro woman standing 5’5″, weighing 150 lbs with long black hair, and two children under the age of 3.

If you have any information regarding the crimes, contact Crimes Stoppers at 477-HELP.