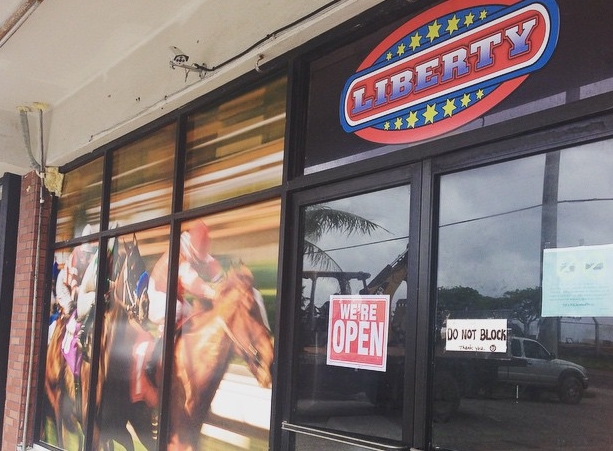 Police responded to an armed robbery at a game room in Maite early this morning.

Guam Police need the community’s help in finding the suspect who robbed the 88 Leisure Game Room in Maite next to the old Red Baron early this morning around 6:20 am.

PNC was able to obtain the surveillance footage.
In the lower right screen, you can see that as the game room attendant was throwing the trash at the back of the building, the suspect in dark clothing grabbed him and pushed him off to the side. Seconds later, the attendant walked back into the game room with the suspect following closely behind him.
According to Guam Police Department Spokesman Officer AJ Balajadia, the suspect demanded the money bag from the attendant after informing the attendant that he had a gun and a knife.
After only a couple of minutes passed, as seen in the video, the suspect walked back outside and fled on foot. An attendant at the game room tells PNC that the suspect stole a laptop and about $7,000.
Balajadia says the suspect is described as male, possibly from the FSM, stands about 6 feet tall, skinny, and was wearing a black ball cap, a black hoodie and black pants.
If you have any information regarding this armed robbery, please call GPD or Guam Crime Stoppers at 477-HELP.