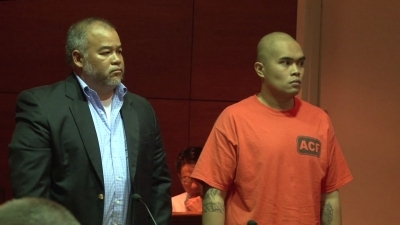 Carl Gargarita had his manslaughter conviction overturned on appeal. His second trial is set for January next year.

Guam – Carl Gargarita is back in court today seeking to be released from prison on pre-trial release.

Gargarita filed a motion seeking release on his own personal recognizance. The AG’s Office, however, opposed his request, noting that Gargarita has not demonstrated that he would not be a risk to the community given the charges against him of murder.

Gargarita was already acquitted of murder once, with the jury finding him guilty instead of the lesser included charge of manslaughter.

However, his case was overturned on appeal and sent back to the trial court.

Judge Maria Cenzon did not rule on the motion and instead took it under advisement.

Gargarita’s trial date has been set for January 20th next year.