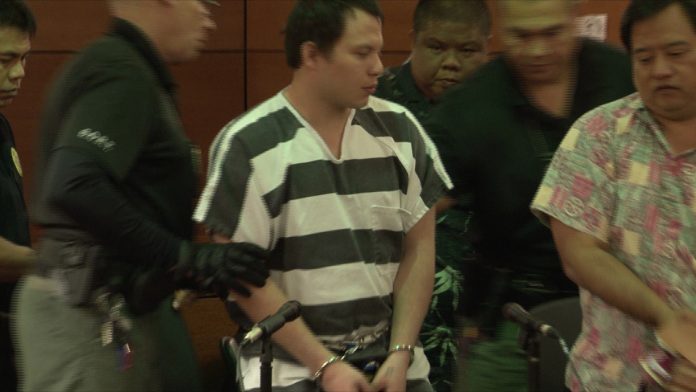 It was revealed in court today that a second person may be involved in Nancy Mafnas’ death.

Guam – Keith Garrido has finally pleaded guilty more than two years later to the murder of Nancy Mafnas, but the case isn’t over yet. During his plea hearing it was revealed that a second person may be involved in the case. It’s an unexpected twist that was just uncovered a few weeks ago.

After many years of staggering on a decision, Garrido finally pleaded guilty in the 2012 murder of Nancy Mafnas. Garrido was indicted on charges of aggravated murder, murder, aggravated assault, burglary and theft of a motor vehicle. But today he pleaded guilty to three of the five charges. As part of his plea agreement, the aggravated murder charge, which would have removed Garrido’s chances at parole, was dismissed.

But if the Attorney General’s Office felt so confident before in Garrido’s guilt, why did they suddenly agree to dismiss the aggravated murder charge?

“Te agreement is as part of his cooperation in further investigation of this case,” Chief Prosecutor Phil Tydingco says.

Tydingco says there was a new development in the case that just emerged a few weeks ago. It turns out there may be other people involved. If you recall, the plan was only to burglarize Mafnas’ home. But it was a burglary gone wrong when Mafnas came home in the middle of it all. She encountered Garrido in the kitchen and that’s when Garrido bludgeoned her to death with a steel pipe.

We asked Tydingco if Garrido is still considered responsible for Mafnas’ death and whether other people were involved.

“I will say that yes, he helped to cause her death,” Tydingco replied. “At this time there’s still a pending investigation about [whether other people were involved] so that’s all I can say at this time in this case.”

While Tydingco was more tight-lipped about these new developments, Judge Anita Sukola, in reading the plea agreement, revealed a little more.

“Are you guilty because on December 1 of 2012, here on Guam, you committed the offense of guilt by complicity to commit murder in that you, with the intention of promoting and assisting the commission of that offense, which is murder, you induced and aided another person to commit the offense of burglary. Is that correct?” Judge Sukola stated.

Garrido will have to serve a mandatory life sentence for the murder charge but will be eligible for parole after 15 years. He faces up to 10 years each for the burglary and car theft charges. His sentencing has been scheduled for June 19.