What goes down must come back up.

Gas prices have increased yet again after its initial drop in late August to $4.10 per gallon.

All three of the island’s gas stations — Mobil, 76 Circle K and Shell — have now increased their prices by 15 cents to $4.25 for a gallon of regular unleaded gasoline.

Traditionally, if one gas company changes its prices, the other two follow suit.

ABC News has reported the increase in gas prices on a global scale following an attack on a major oil facility in Saudi Arabia earlier this week.

The current price for tapis crude is about $68 per barrel.

According to the U.S. Energy Information Administration, the average price for a gallon of regular unleaded is $2.55. 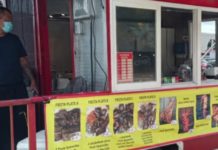 Food trucks at the Acanta Mall 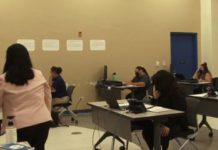 Indoor Masses to resume this weekend

Police catch man that eluded them in car chase 2 months...

Food trucks at the Acanta Mall

September 29, 2020
@PNCGUAM INSTAGRAM
The Guam Department of Labor is ready to send out