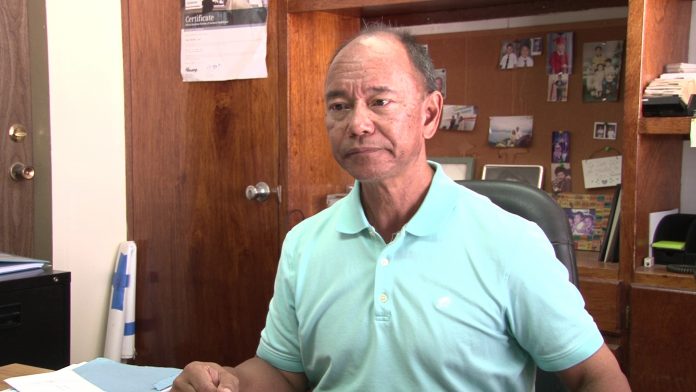 Guam – Solid waste federal receiver Gershman Brickner and Bratton is defending itself from accusations that they are self-dealing in awarding themselves the contract for construction management of the Layon Landfill and closure of the Ordot Dump.

“I don’t wanna use the word silly, but the court hired us to manage those projects. That’s what this receivership is about,” Manning points out.

Gershman Brickner and Bratton Principal Associate David Manning is firing back at CCU Commissioner Simon Sanchez who, in an interview with PNC yesterday, accused the receiver of unfairly awarding themselves the contract for construction management of the solid waste consent decree.

Sanchez was referring to the breakdown in fees the government of Guam is paying to GBB—about $615,000 for management and another $943,000 in construction management, which was for fiscal year 2014 alone.

Sanchez argued that the construction management aspect should have been put out to bid.

“We have to manage those projects. It’s the essence of the consent decree itself–build a new landfill, close the Ordot dump,” argues Manning. “There can be no question that our role is overall construction management and overall management of the operational side as well, because of the order. How Mr. Sanchez could not understand that is a little bit beyond me.”

Manning also says that this isn’t anything new. The costs associated with the receivership have always been public record.

“It really is kind of silly to suddenly look up and say, ‘Okay, I finally read something and it’s a problem.’ But it’s not a problem. It is what we were hired to do,” says Manning.

“It covers a substantially, all of the costs of our engineering work that’s done to interface with the designers, construction management and the contractors. It covers a portion of management’s costs in overseeing the overall project, which is a portion of my time, a portion of Mr. Gershman’s time,” he explains.

Manning also says that for all other aspects of the consent decree, GBB has hired contractors for several projects, including other construction management projects.

“We do use a third party contractor to do what we term the field work of construction management on Guam. Otherwise we’d have to put a big cadre of people from GBB out there but it would be very much more expensive for Guam,” he notes. “But GWA also has an internal staff that coordinates all of that and does probably other things as well. They have a dozen engineers and they undoubtedly have support staff. The solid waste authority has one engineer and that engineer is dedicated to the operational side of activities and therefore they don’t have that internally; GBB provides it.”

Manning also says that the reason construction management costs are still budgeted for in the upcoming fiscal year is because GBB was ordered by the federal court to include those costs in the event the district court decides it wants GBB to manage future projects.