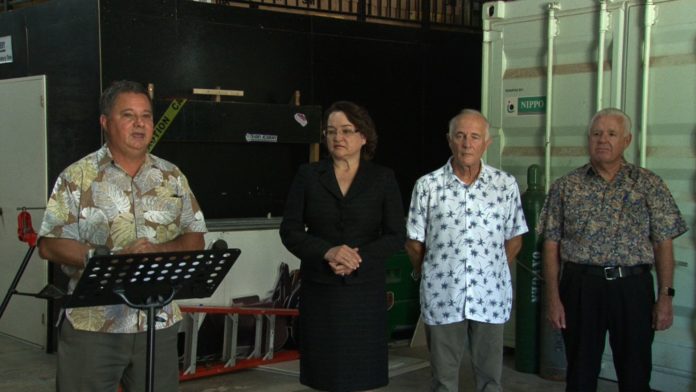 Guam – The GCA Trade’s Academy has been awarded a $2 million-dollar grant from the U.S. Department of Commerce’s Economic Development Administration to expand their operation. The grant will allow the GCA Trades Academy to purchase and renovate two buildings in Tiyan to be their new construction training facility. GCA will then get an additional two million through a USDA guaranteed loan from the Bank of Guam. The current facility in Barrigada is only 8,000 square feet with four classrooms and open-air shop space compared to the two buildings in Tiyan which will be 10,000 square feet each with 10 classrooms and open-air shop space.

“We got this building on a leaseback in 2008 and as you can see we’ve outgrown it we’ve only got four classrooms in the front and then back here in the shop we’ve maxed it out. We’ve grown and if you come here at night the parking is horrendous we fill the parking lot and we spill over onto the street our new facility will be a lot bigger,” said GCA Trades Academy Education Director.

Classes should start in the new building in 2019. Since 2006 the GCA Trades Academy has trained 3,000 students in a wide variety of trades like electrical, plumbing, carpentry, HVAC, welding, heavy equipment operation and others.