Guam – The aggressive pace at which the Guam Community College is upgrading its facilities continued Friday with the groundbreaking for the renovation and expansion of Building 200, one of the four former “Butler” buildings on the east side of the campus.

“The college was starting to feel a bit “edgy” about moving forward on the next projects, which entail making the east side of campus look just as good as the west side.  So once we received word of our FEMA grant award to support the renovation of Building 200, we immediately set to work,” said Dr. Mary Okada, GCC president.

The $4.8 million Building 200 project is being funded in part by a $1.95 million hardening project grant from the Federal Emergency Management Agency. The remainder of the funding is being provided by the GCC Board of Trustees Capital Projects fund. The BOT also funded the $264,250 A&E design of the building by Taniguchi Ruth Makio Architects.

The renovated/expanded version of Building 200 will be a two-story, 22,600 square foot concrete structure that contains 10 classrooms/labs, a study room and an exercise room. The building will contain pv panels, a rainwater catchment system and other sustainable features. It is slated to be the campus’ third LEED certified building. 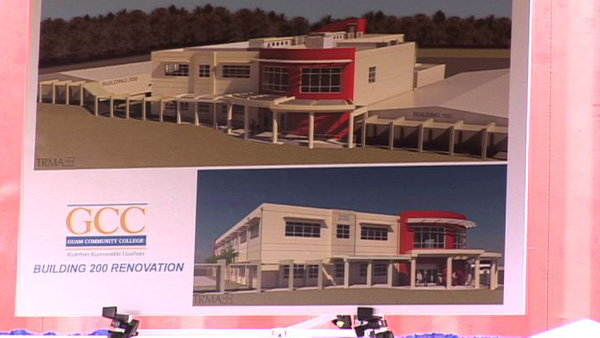 Following the renovation and expansion of Building 200, the adjacent Building 100 is next on the list. Last week, GCC was awarded a $277,750 grant from the U.S. Department of Interior Office of Insular Affairs’ Technical Assistance Program for the architecture and engineering design for the renovation/expansion of that building. 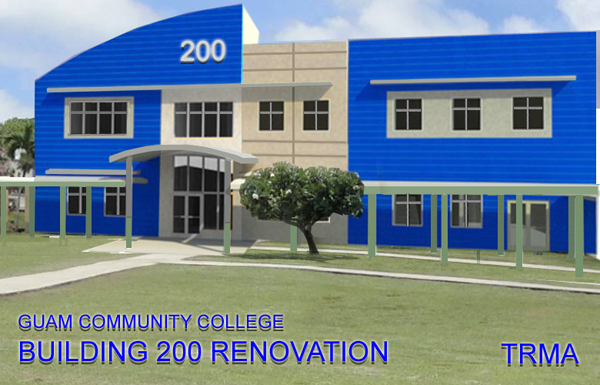