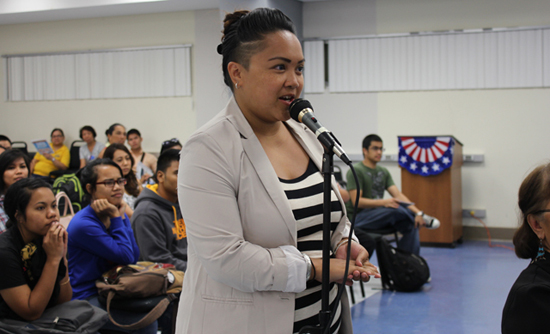 It was also the first forum of the 2014 election year. Last night’s forum was slated for Republican gubernatorial candidates, and as the lone candidate sanctioned by his party, Gov. Eddie Calvo fielded some tough questions from GCC students on veterans benefits, hiring practices at the new hospital, and on gay marriage.

In response to SM 220 student Paling April Cruz’ question as to his stance on gay marriage, Gov. Calvo noted that while he is for gay rights, he has an issue with gay marriage, because “we’re opening a Pandora’s box.” Calvo explained that he was not trying to push his personal morals on anyone. “I just want everyone to understand that when society makes that move, there will now be a new question,” he said, referring to issues of polygamy and incestuous marriage as examples.

Tonight’s forum has been slated for Democratic gubernatorial candidates. Although the Democrats have no declared candidate for the office, Senator Rory Respicio is scheduled to speak on behalf of the Democratic Party of Guam tonight.

Students in the GCC Supervision & Management 220 and 208 courses are organizing and hosting the candidate forums in order to afford GCC students the opportunity to hear what the candidates have to say about the issues, to question them about their stance on various issues, and to provide students with the opportunity to register to vote in the Guam’s 2014 primary and general elections.

Tonight’s forum and voter registration will take place from 6:00 – 7:30 PM in the GCC Multipurpose Auditorium.

The senatorial forums are scheduled for Wednesday, April 23 for Republican candidates, and Thursday, April 24 for Democratic candidates. Any candidates wishing to present at the respective forums must contact GCC Supervision & Management student Davita Palacios at 486-6031 or mark.davita@gmail.com by Friday, April 18.

GCC Supervision & Management student Paling April Cruz asks Gov. Eddie Calvo about his stance on gay marriage at the Republican Gubernatorial forum hosted by GCC students at the GCC campus on April 8. The students are hosting gubernatorial and senatorial forums to allow students to hear candidates’ stances on the issues and to provide them with the opportunity to register to vote in the upcoming 2014 elections. 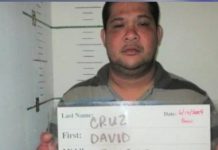 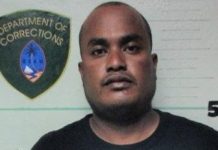