Amongst the places the class pulled inspiration from included Hawaii, Korea, Japan, China, Thailand, Indonesia, and for its last week, India. For their final lunch takeout event, the class prepared a delicious Indian-inspired meal which consisted of chicken tikka masala, tandoori pork, rice, nan bread, and mixed vegetables. For dessert, the students created the most heavenly carrot cake, which was too good to put down.

As PNC followed Chef Paul Kerner and his culinary class throughout their annual take-out event, PNC had the opportunity to witness the class’s growth with each passing week. According to culinary student Jaemiann Sanchez, though the takeout experience was intimidating, she felt that this experience helped her work better with others, efficiently manage time, and have fun in the process.

“We learned a lot because we’ve had to look at all the other groups before us. We learned how to do everything on time, how to get everything done, and how to have fun while we’re doing it,” Sanchez said.

Sanchez’s sentiment is one that was common amongst many of GCC’s culinary students. Isabelle Lanada, a culinary student, said that she and her classmates had acquired invaluable life and culinary skills throughout this event.

“For me, I learned a lot of maybe I wanna say ownership and leadership skills— just because a lot of it you have to do without being told, a lot of it’s just a lot of preparation. I learned that you have to be mentally and physically prepared for stuff like this because it is very demanding in both areas cause you’re working every day, it’s always a different week, with different menus, different leaders, and you just need to learn how to take it as you go,” Lanada said.

When asked about what advice the class would like to impart to future culinary students, Sanchez, Lanada, and fellow culinary student Ty Santiago said that being hard-working, dedicated, and passionate are attributes that will guide anyone to success in the food-service industry. 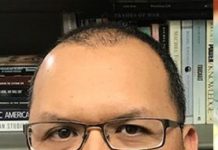