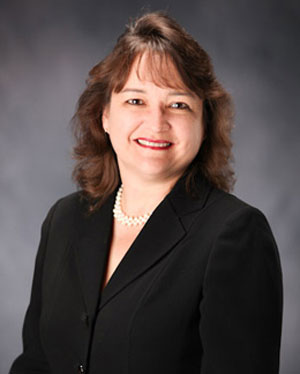 The ACCJC accredits community colleges and other associate degree granting institutions in the Western region of the U.S. It is one of seven regional accrediting commissions authorized to operate by the U.S. Department of Education.

Dr. Okada was elected by fellow members of the Pacific Postsecondary Education Council (PPEC) to serve as the ACCJC Pacific College Representative from July 2014 through June 2017. She currently serves as chairperson of the PPEC, which is a council of presidents and chancellors of higher education institutions from American Samoa, Federated States of Micronesia, Guam, Republic of Palau, and the State of Hawaii, that collaboratively addresses regional and post-secondary education issues.

“Together with your colleagues, you will have the opportunity to consider issues of fundamental importance to individual institutions and to the entire higher education community,” wrote Dr. Barbara Beno, ACCJC President in a letter to Dr. Okada.

“It is an honor to have been elected to serve on the ACCJC,” said Dr. Okada. “PPEC has been assisting colleges in our region with issues pertaining to accreditation, so that the caliber of the postsecondary education in our region continues to improve and meet the needs of the region’s workforce. An educated workforce will allow our region of Micronesia to be competitive in the global marketplace,” she added.

Accreditation determines a school’s eligibility for participation in federal (Title IV) and state financial aid programs, and is also important for the acceptance and transfer of college credit, Generally, college credits or degrees received at a regionally accredited institution are accepted by other regionally accredited colleges or universities. GCC received its reaffirmation of accreditation from ACCJC in 2012 for the maximum six years, until 2018. GCC also has articulation, or course transfer agreements, with several colleges in the region, with the University of Guam, and with other four-year U.S. institutions.