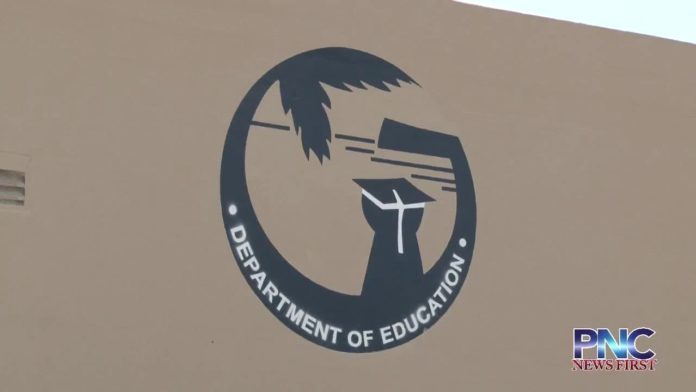 As the target date for face-to-face schooling approaches, the Guam Department of Education is working to align CDC COVID guidance with local guidelines.

GDOE is ramping up its preparations as stakeholders still show concern over how schools will operate once they open.

Although GDOE is communicating with Lt. Governor Josh Tenorio, Superintendent Jon Fernandez says the CAR score data has led to some confusion with the public.

“I don’t understand exactly the mechanics of this CAR score but I need to because when I’m communicating with our stakeholders and DOE, I communicated to them that we’re going to utilize the CDC framework for our decision-making. So once the governor authorizes us to open, it’s not an automatic that we’re going to open the next day. We’re going to have to come back together and look at our risk assessment on how we can open up safely and then it’ll lend itself different strategies for opening,” Fernandez said.

He added: “We’re not talking about a community of doctors here at GDOE, we’re talking to parents from every stripe of life and we want to make sure they’re comfortable when we tell them, ‘hey it’s low risk,’ we want them to believe it. We want them to have confidence in it so it’s going to be very important that the message coming from Adelup and GDOE are aligned and we’re able to explain together.”

According to GDOE’s School Readiness Dashboard, as of December 4, they have reached the moderate rate level of positivity, but they are still of high risk when it comes to the number of new cases.

So with two different risk assessments, stakeholders are naturally confused.

Fernandez says that GDOE and Adelup are still working together to make sure they’re on the same page.

GDOE does have plans in place, starting with school opening gradually instead of all at once. They will continue to look into issues and formulating plans with stakeholders so that when their Dec. 15 meeting comes around, they’ll have a more finalized plan for face-to-face instruction.