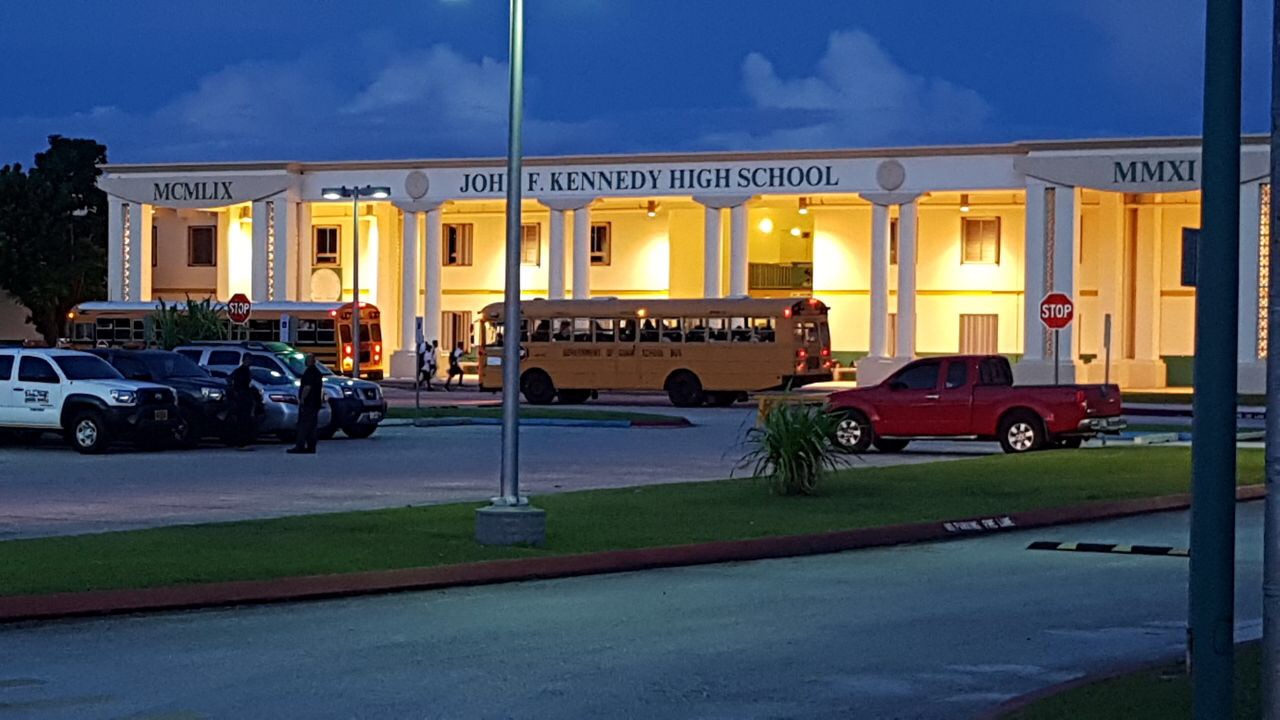 Last minute inspections did not deter the first day of school for multiple GDOE campuses.

Guam – Thousands of students returned to school this morning, but for the campuses still under repair students, faculty, and staff had to manage with temporary construction.

Specifically for Simon Sanchez High School, that meant crews working around the clock to get the eleventh hour repairs in time before the start of school.

“As of last night, we had our crew here, we had the contractor, we had EPA, and the Guam Fire Department working until 8pm just to conduct their inspections and clear the classrooms,” explained Superintendent Jon Fernandez.

According to John Flores, the Building Maintenance Superintendent, about 13 classrooms required repairs. All of them, Flores says were finished just in the nick of time.

“Phase 1 are these [classrooms] that we just did now. It’s identified as urgent. We needed those rows before the schools started, so the 13 are priority one,” he said.

About seven more classrooms are slated for repairs, which unfortunately have to be made during the school year.

“Based on the funding that was made available and the procurement process on all of that, we were racing against time to try to address what we consider our first phase which is to get rooms ready and expanded in order to be used for classrooms in the main buildings. Then summer repairs on the outside area and then later on we’ll be able to dedicate more time to the temporary classrooms that are in worst shape,” said the superintendent.

He added, “The contract gave up to 45 days which takes us out to mid-September to late September –around September 20, maybe to complete the entire project. So, between now and then we’ll get everything addressed.”

The superintendent not only visited the home of the sharks, but toured multiple campuses as well. Each one came with its own set of challenges and timeline for repairs.  But ultimately, he says the students just seemed happy to return to school.

“When they come back on that first day, a lot of it is reuniting with friends and classmates and it’s a lot of positive energy out there. So, we were just happy to see all the students back,” he said.