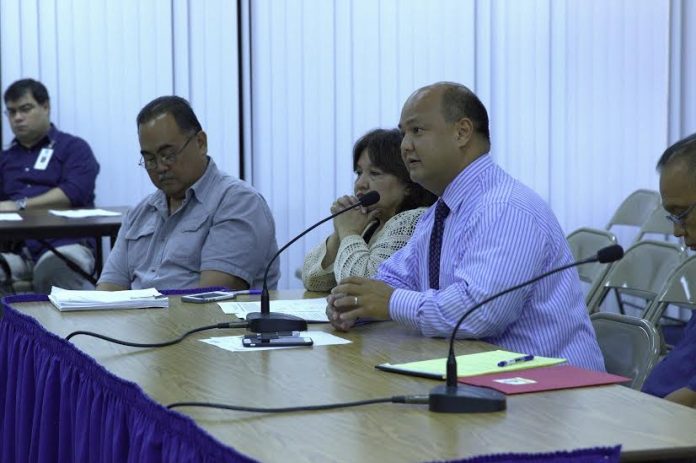 That’s not including additional costs for FESTPAC.

Guam – At the end of May, the Guam Department of Education was behind $7,000,000 dollars in allotments.

GDOE Deputy Superintendent Taling Taitano says, “The difference between the allotments released by BBMR and the cash we receive from DOA was about $7 million and currently, at the end of May, our accounts payable was $4,000,000.”
Out of the $4,000,000 GDOE owes its vendors, $900,000 is over 90 days old, $700,000 is between 60 to 90 days, and $2.4 million is 60 days and under.
Taling says, “Every other week it’s payroll vendors, monthly we get our utilities, maintenance contractors. So in any given day it’s a different number. It’s usually between…the high has not gone beyond $10 million. It hovers around $6-8 million.”
That’s not all GDOE has to pay for. After wrapping up FESTPAC, they’re now looking at more costs. GDOE Deputy Superintendent in Finance Taling Taitano tells PNC that they will be paying GDOE employees who worked during FESTPAC a total of about $65-thousand dollars for just night differential and holiday pay. She says those employees should be getting their checks on Friday.
Taitaino explains, “We’re working with DOA to make sure we have the cash to make the payment.”
Not to mention the cost for power and water for the two weeks GDOE was housing FESTPAC delegations. “The other thing we’re doing is working with GWA and GPA for utility costs during that period at those eight schools. So we got the GWA billing and it was $49 thousand and we’re working with GPA to get what those costs were for power,” Taitano says.
The water bill for the two weeks of FESTPAC is about $19-thousand dollars more than an average two-week water bill for the eight schools combined.
“When you think about it, the kids don’t stay there for 24 hours a day and they’re not taking showers and so we would expect the water and the power to be slightly higher than normal. We’re hoping that the FESTPAC committee will consider reimbursing us for those costs,” explains Taitano.