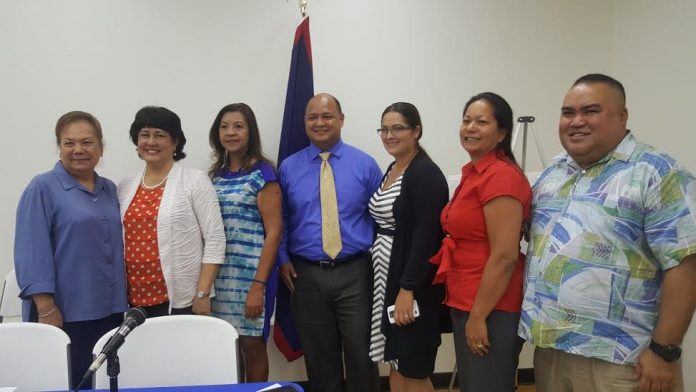 One of the Lani Task Force’s goals is to educate and empower children to know right from wrong.

Guam – The Guam Department of Education and the Office of the Attorney General launched the Lani-Kate Task Force which aims at preventing sexual assault and sexual violence involving minors by educating students about their rights and the law.

DOE has implemented a Sexual Abuse Prevention Curriculum for each school level: Kindergarten to 2nd grade, 2nd grade to 5th grade, Middle School and High School. The elementary program will be taught by all teachers while the middle and high school programs will be taught by the health teachers. So far, about 500 elementary school teachers have already undergone training. The lessons for each level will take about an hour each day over the course of four to five days. According to a release, the information is age appropriate. For example, children will be taught where and what their private body parts are and the difference between a good touch and a bad touch while high school students will learn the definition of sexual assault, sexual abuse, and sexting.

Attorney General Elizabeth Barrett-Anderson says she expects a rise in the number of reports or cases. She says, “I don’t doubt that there will be a spike. I might call it a bit of a tsunami as we begin because once you educate children to understand what is sexual assault, for them to understand part of their bodies that nobody can touch, they will report so we expect a spike of reporting at the school level and through the law enforcement community, law enforcement, and ultimately to the AG’s office.”

The Lani-Kate Task Force says they expect a full implementation of the school-based curriculum sometime between Fall 2016 and Spring 2017.