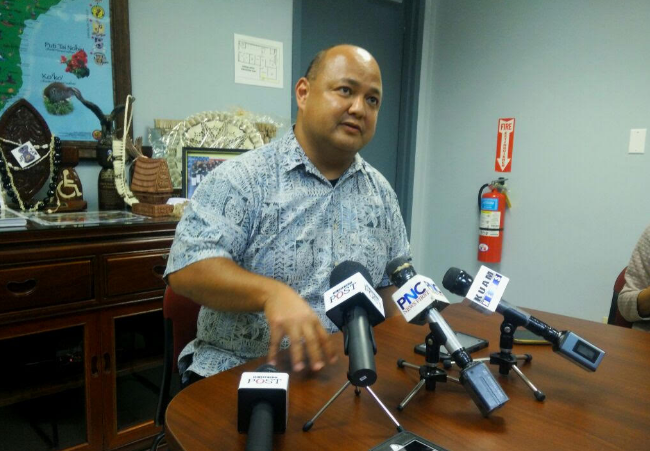 Guam – The government of Guam is gearing up for another fiscal shortfall, this time due to anticipated revenue loss from the Tax Cuts and Jobs Act of 2017.

Consequently, all government agencies are being asked to determine how to reduce budgets or increase revenues to address the impending impact.

In an announcement to the media, Superintendent John Fernandez shared the Department of Education: the largest agency in GovGuam, will be asked to reduce their budget by as much as $19 million in the next eight months.

This also means that DOE will have to act relatively quickly in identifying the areas to reduce spending.

“Because the $19 million is a significant amount to absorb in one fiscal year, I’ve asked my staff to cost out the freezing of school-based positions,” announced Fernandez.

The superintendent has already identified a few critical areas that could help curb costs: central hiring freeze, contractual services, and utility consumption. There’s even talk of consolidating or closing schools.

“The [Guam Education Board], in the extreme, would consider a possible closure or consolidation of schools,” Fernandez said.

It’s important to note, however, that none of these ideas are final. DOE is simply required to identify areas that could be scaled back.

The superintendent has also released an additional statement to stakeholders explaining the budget cuts:

“I would like to assure our students, families and GDOE employees that we are still in the information collecting stage when it comes to addressing the recent federal tax cuts. We realize there is a great deal of apprehension about potential impact to personnel and schools. However before decisions are made, we must gather information, understand how we are going to reach our target, and work with the board to make the decisions necessary to successfully continue our mission to our students. A critical area to explore is seeking revenue enhancements. These could include a modest increase to the Business Privilege Tax or the potential lease of the GDOE Piti property for industrial use. We hope to work closely with the Legislature and Governor in the months to come, and thank all our stakeholders for their patience, feedback and continued support.”