Guam – A recording between students and George Washington High School administrators has prompted an investigation by the Guam Department of Education.

In the audio recording, GWHS administrators could be heard apparently reprimanding a group of students who appealed to dispute a disciplinary action that was given to them.

According to a tip given to PNC, the students were being disciplined for posting of photo of one of their senior portraits on Twitter, which depicted them showing the middle finger.

A school advisor saw the post and alerted the GW admin, who met with the students and told them their behavior was a level two offense. The offense was under “obscenity,” a concept that is used to characterize certain materials as offensive to the public sense of decency.

After several meetings, the students were tasked with a five-day work detail on their referral form. The admin then requested them to create a PSA about internet safety and to write a reflection that would be turned in voluntarily.

According to the source, the students were also given the choice to attend either their Baccalaureate Mass or their prom. They were also told they could not go to their senior field day. They chose to attend their senior prom and signed the referral form.

Feeling as if their student leadership positions were being used by the admin to enforce additional punishments, the students submitted an appeal to the education superintendent Jon Fernandez, asking if their disciplinary actions could be reviewed.

The admin said that the “additional punishments” that the students had received, such as having to choose between attending their end of the year events, was in compliance with the senior behavioral contract they had all signed at the beginning of the school year.

The contract states that any senior who commits a major disciplinary offense in their fourth year would be restricted from attending certain end of the year activities.

According to education Board Policy 400, each principal can “establish rules and regulations concerning the conduct of students consistent with positive behavior supports and board policies.”

Board Policy 409 covers harassment, bullying, intimidation, and sexual misconduct and is enforced at school.

Both of these board policies apply to behaviors on school property or at school events. According to the source, the photo was taken outside of school hours at a professional photography studio and was paid for by the students.

Fernandez said he is aware of the GW incident but cannot make any specific comments regarding the ongoing case.

“Of course, we don’t want to see any of these behaviors, which is why we have the process in place and this framework in place. Which is why we try to correct and discourage negative behaviors. And we’re dealing with kids. Our effort is to always try to ensure that we are giving them an opportunity to grow and learn from the consequences and really develop into productive and contributing citizens,” the superintendent said

Fernandez said that he wants to assure the community that GDOE will handle the issue accordingly. “Once we hear about it, once we know about the details and are able to act on those details, we will take action under our authority to address those situations,” he said.

According to Fernandez, GDOE will have 90 days to determine and take any actions that are needed regarding the case. 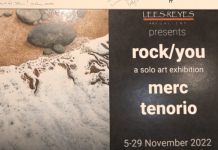 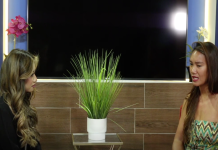 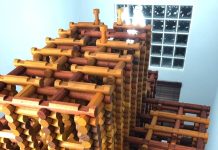 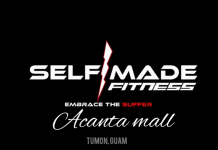