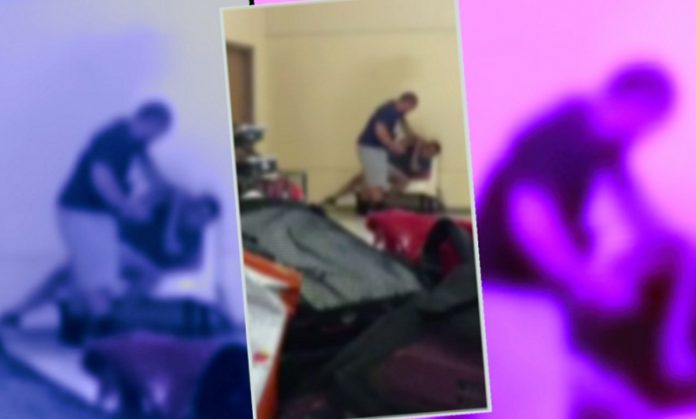 A video showing a one-to-one aide getting physical with a Special Education student at Okkodo High School has gone viral and prompted the Guam Department of Education to launch an investigation.

Guam – The Guam Department of Education launched an investigation after concerned students shared a video on social media of a one-to-one aide getting physical with a Special Education student during lunch break at Okkodo High School on Monday.

GDOE Acting Deputy Superintendent Chris Anderson says, “From what we understand, the incident happened this past Monday but management only received the video today or late last night. From receiving the video, Deputy Superintendent Erika Cruz went down to Okkodo High School to meet with school administration and the parent to address the video.”

Anderson says based on that meeting, GDOE decided to launch an investigation as to what really happened. In the meantime…”The one-to-one aide assigned to the student has been taken off the assignment. The student will be provided a different assistant to help him at school,” he says.

GDOE could not provide any information on the student except the fact that he is a student at Okkodo High School, however, Anderson says each one-to-one aide had to go through training before being assigned to support a student. Anderson explains, “Any student who has a one-to-one aide or receiving Special Education services, they have an IEP guide on how to handle a student. Again it’s not clear cut when a one-to-one aide has to physically intervene with a student but they should be very familiar with the IEP and specific issues relevant to the student and use that information to guide how they interact with the student.”
Anderson encourages students to report any misconduct to the administration. He says, “The incident happened on Monday, it’s two days later not so far removed but the earlier we get the information, the sooner we can take action, investigate and find out what happened.”
Earlier this afternoon on K57’s Four Hour Fill with Phil Leon Guerrero, Former Senator and Educator Aline Yamashita reacted to the video saying she is infuriated. She says based on what she saw in the video, no matter what happened prior, a one-to-one aide laying his hands on a SPED student is unacceptable. Yamashita explains that the only reason a one-to-one aide can have physical contact with a student is if the student is harming himself or other students, but in the video, Yamashita notes that the student was just sitting at the bench by himself.